I just had to address the comment left by anonymous on my Happy Easter post. I do love when anon leaves a comment and we can't chat back and forth.

I need to clarify something they said, the only products recalled by Nutro were the cuts and gravy pouches. It that's all you fed your animals that's not good. Dogs and cats should eat dry food. None of Nutro's dry food was involved in the recall because a) they do make all their own dry food, I actually visited one of the plants once; b) there is no wheat gluten in the dry food. Wheat gluten is used primarily as a sauce thickener so is not in the dry food (except some Hill's prescription cat food which uses it for some unknown reason); c) and the products used in Nutro food comes from this country.

I can explain why they may have taken the statement that they manufacture all their pet food off their website, it's basically a matter of the public not being smart enough to understand subtle differences. There is not enough canned food sold to warrant each food company owning it's own factory. Nutro contracts out to Menu Foods to manufacture some of their canned foods to their own specifications. Nutro did not use the tainted wheat gluten, but since it was manufactured in the same plant during those same dates Nutro decided to recall them as a proactive measure. Did you know Starbucks does the same thing?? They contract out with local bakeries to make their pastries to their specifications. Starbucks claims the pastries as their own but technically someone else makes them.

As for your back and leg problems, I'm sorry about that but it's not Nutro's fault. I did this job for 2 1/2 years and never had any problems. I'm on my feet 8 hours a day during my regular job so a couple of hours on the weekends doesn't bother me. In fact, the problems I'm having with my back now are directly related to sitting. When I stand a lot my back actually feels better.

As for changing the hours, that was actually because of the State of California changing their labor laws. The Socialist state of California has made it harder for a company to give part time people more hours. So, in an effort to make the entire company uniform in their practices, they changed the hours worked company wide. BTW, the management has been in place for 5 years, they didn't change in April (psss, April is only 8 days old). They may have changed locally but they do not influence hours worked. The national manager of the demo team is the same as it was when I left.

I started back with them literally, the day the recall was announced. I think they reacted the best of all the pet food companies. They had shelf hangers in the stores by the next weekend explaining everything I've said here. I have always found Nutro to be honest, fair, and more than generous with their employees. I really enjoy working for them. I was sorry I had to stop 5 years ago and I'm really glad to be back.

I'm sorry you had a bad experience with Nutro and I'm sorry you're so down on them. But the way I see it is, you generally get out of something what you put into it. I really enjoy this job, I have fun doing it, and I believe in the product, so my experience has always been positive with them.

FYI, all my dogs have been Nutro dogs since they were puppies. My beautiful Pit has none of the skin problems that tend to plague Pits and I blame Nutro for that :) 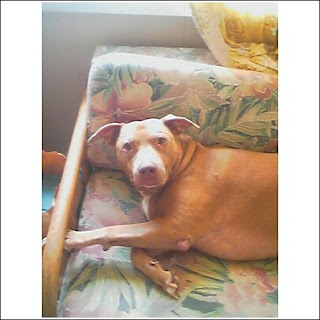 Our Red Fox Lab is a Nutro dog and once it was announced that it was only wet food, (two days later in AZ) I was much more relieved.

These doom and gloomers that preach all animals should be feed human food all the time rather than animal food at whack jobs.

Topper does not get human food. A couple of pieces of popcorn and an occasional veggie that falls to the ground. thats it.