A little introspection, otherwise known as 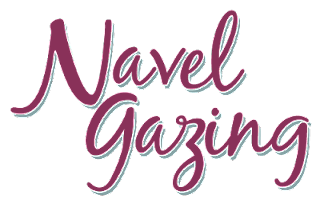 Just 2 weeks ago I was on top of the world. Now I'm not. I just want to take a little time and try to understand what's going on with me. I know that motivation comes and goes, but this is not that. At least I don't think it is.

So let's begin. First let's look at my workouts. For awhile Crossfit was going great. I was making great strides with weights and abilities. Then things started to go not so good. I started to struggle and for a week or so felt like I was phoning in the workouts. Then I got a little blast of feeling good again but that petered out. On Monday I did the Great Aloha Run and due to lack of training, walked it. I also went from zero to 8 miles in one day and, looking back, I think that was a ridiculous idea. I got a blister on the ball of my foot. My hips hurt. My back hurt. Who the hell do I think I am??? The farthest I've gone in months is 800 meters and suddenly I can go 8 miles?!?!?!?!?! What an idiot. Luckily sanity seemed to return and I decided to take the entire week off from Crossfit to recover from my 8 miles. Really?? 8 miles??? My plan was to return to Crossfit on Saturday only to realize that I have to be at school by 8 and Crossfit is at 9. Hmmm....what to do..... So I've had this rolling around my head for a day or so and just know realized that it's causing me stress. So that's it. I can't work it out so I'm not returning to Crossfit until Monday. There, that's done.

Next, and probably one of my biggest stressors, is money. We were doing great, great enough that I felt confident buying a car. Not a week after I bought my car we get hit with something that we thought was long dead. Awesome. Fighting it is going to be costly and probably near impossible. It is putting a great hardship on us but we really have no option. I've been trying not to let it get to me, but it is. So we have this, a car payment starting up, plus today my car is in the shop and it's already looking like almost $300. I'm hoping that's where it stops. I'm praying that's where it stops. So money is a huge, huge stressor for me. That is probably the biggest one. That is probably the cause of all my angst. The thing is, I know it will work out, it always does. I also know that by freaking out and stressing, I attract negative energy and actually make the problem worse. I need to just let it go and know that things will be okay. Face it with a positive attitude and positive things will happen. It's just sometimes it's hard to be positive and upbeat when life keeps kicking you in the teeth.

Well, as I was sure it would, writing this out has helped immensely. I now see the underlying cause of my inertia - money. I need to stop worrying and start planning to handle it. That's the way to stop this stress, take control. I do feel better, not that I've resolved the problem but at least I understand the underlying problem. So what to do??? I'm not sure about that yet, but at least I know what I need to work on.
at February 21, 2013