I don't think I mentioned this but a couple of weeks back hubby's friend, J, went to the doctor. J had not been feeling well and decided to get it checked out. J is 36 or 37 so really didn't think it was anything serious. He went and the first thing the doctor noted is that his blood pressure was way too high. The doctor listened to his heart and heard something. They ran some blood tests and his cholesterol is through the roof. Total was like 285 or something like that.

This, I think, got to hubby a little bit. Last Friday he told me he hadn't been feeling all that hot and was going to see a doctor. I was elated. Hubby will not go to the doctor at all. He has cut himself and taped it up with duct tape rather than go to the doctor. So I was really happy. He got in last Friday and the doctor told him his blood pressure was good, his heart sounded good, and they did an ECG and that all looked good. Yeah!! The doc sent him off for some blood work plus a test he had to do at home and scheduled a follow-up for last Tuesday.

Tuesday hubby goes back and gets the bad news. His cholesterol is too high. His total is 233 and his LDL is 158. The doctor wanted to prescribe him some pills but hubby said no. He told the doc, my wife is a fitness freak and knows more about nutrition than most people should. I bet she could lower it. So the doc said he'd give hubby 1 month. It will be retested in a month and if it's not coming down he will have to go on medicine. Now, why would the doctor...... okay, never mind. I'm telling a story here. I'll rant later.

So Tuesday night we sat down and went over what he should and shouldn't be eating. I must say, when he's around me his eating is pretty darn good. The problem is when he's at work. If you've ever been to Hawaii you know rice is big. They have it with every meal. So for breakfast they would go to this diner and get rice, sausage, spam, bacon, and eggs (not all at once). They were eating like this 4 mornings a week. Then for lunch they'd have rice, some kind of fried meat product, macaroni salad or potato salad. This was a standard lunch. So I told him that has to go. No fried anything. Dump the white rice. Nothing that's white and creamy.

So we've completely revamped his diet and I'm very, very happy about it. I eat really well but it was hard at home because he'd be eating all this crap that I didn't want to eat. Now he's not eating it either. We have been doing this since Tuesday. He's been to the health food store twice. He got some great recipes out of my Precision Nutrition. I'm very pleased with this.

PLATE LUNCH! i completely forgot about them, i haven't been to hawaii in so long.

sounds like your husband is going to do well, keep on taking care of him.

I remember the Hawaiian food too though I didn't really get into to it. Not too healthy I guess.

The healthy eating/recipes sounds great! I'm sure he can find some that he likes. Hope his cholesterol goes down. I should get mine checked again too.

Good luck for both of you! Sometimes those "wakeup" calls make all the difference in the world. Now maybe you can get him to start working out with you? 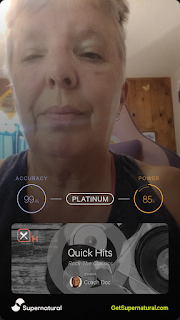