The run that wasn't 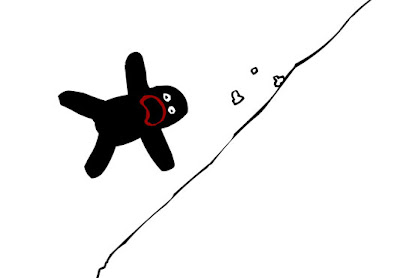 What I learned from WW this week:

- Eating my points is actually the way the system works.

- Not eating dessert does not kill me.

- Not being stuffed for an entire week really feels good.

- Water is my friend.

- Gum no longer pisses me off.

- I can eat carbs at more then one meal and not explode.

- Water is my friend.

Now, on to my run. I was scheduled to do 7 miles this morning. Sunday is the only day of the week I can sleep in a bit. Every other morning I'm up at 4:45 am, on Sundays I can sleep till 6 :) So I slept in, fed the birdies, checked email, etc. It was 7:30 and I decided I needed to head out on my run. I got ready and headed out. I wasn't 10' from my house and I realized something was dreadfully wrong. My legs felt like lead, I had a hard time breathing, this was going to be ugly. I kept pushing hoping to push through it. After 10 minutes it had gotten no better. I stopped running and the walking actually felt pretty good. I decided to do run/walk intervals. I decided to start low and work up. A 1/1 interval was called for. I did that for 18 minutes and every run interval felt like an absolute death march. Finally, at almost 30 minutes I gave up and admitted defeat. I turned around and walked home. It was the best walk I'd had in a while.

There are a number of possibilities as to why this run sucked so bad. It could have been the heat, by 8 am it was already 80 F with no wind. It could have been yesterday's bike ride. My legs felt thrashed when I was done and while they felt fine this morning running may have been too much. It could have been the lack of water. I have a real problem drinking water on the weekend. I drank hardly any water yesterday and even though I had water with me, I think I was in a dehydrated state. Finally, it's possible that it was the result of some kick ass training during the week. I really pushed myself in my training this week. So I think it's a culmination of all of the above. I'm not going to worry about it or cry over it. What is is!! I'll just move on and try to learn from it.

Now, I'm off to a party where there will be beer and food and good friends. Maybe later I'll look for some vacation deals and forget this run ever happened.
at June 01, 2008

I think you probably need to do what I do now and plan my training around my long runs. That way I'm not too trashed to do them (most of the time). If I know I need to do a long run on Saturday, my last hard workout will be on Tues. or Wed. before. That way I have a couple of days to recover.