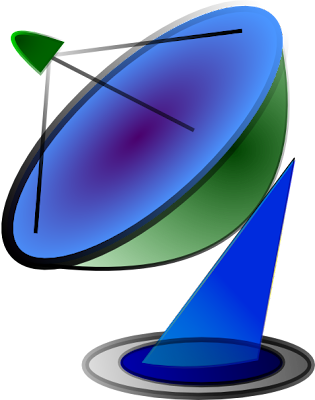 I don't know if I ever talked about this or not, but I've been searching for ways to cut expenses. Trying to save money wherever I can. One of the things that I noticed was my cable bill was astronomical. We have 4 TVs but only 2 were on a box, and there is Internet service. That bill was running me almost $200 a month. Insane. So I started looking around for alternatives. I looked into direct tv and dish and something else that I can't remember the name of. I found that they were all way cheaper then the cable I was paying. I could keep my roadrunner and get directtv and still not pay as much as I was paying with just cable. Insane. I also discovered that you don't have to go directly to the companies web site. You don't have to go to directtv.com, you can find other places to get the offers, like www.dx3.net. So that's pretty cool. And I know there are local people who do the work because I've seen the trucks roaming around. So that's one way I've been trying to cut our expenses. The only thing is that my satellite dish does not look that cool.  Mine is a plain ole boring silver one. If I had something like this people would think I was talking to the mother ship or something. Also, it might piss off my neighbor and that is always a good thing :)
at April 28, 2012