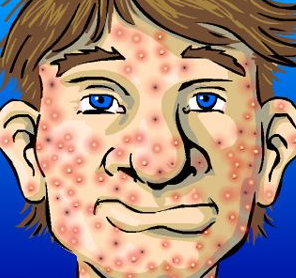 I have now seen a number of students grow from children into young adults and it is truly impressive. It's one thing to have child and see it, but to watch 80 to 100 of them go through it is really, truly inspiring. They really do face so many things growing up. So many challenges and issues, it's amazing that anyone makes it to adulthood. We've had a couple of students get kicked out lately because of poor choices. One student head-butted another student. The head butter got kicked out. Then last week, the head-buttee when over to the local elementary school and stole a bike. As if that wasn't enough, he took a credit card from a fellow student. He got kicked out. I realize that as teenagers, their pre-frontal cortex is not complete developed but stealing anything??? They have to realize that stealing something is going to lead them into trouble. Growing up it tough.

One of the students I had in my first year is now in 9th grade. The problem is that he has a severe case of acne. I really feel sorry for him. He has a very, very severe case. Over the holidays I thought that it was clearing up but lately it looks like he's had a resurgence and I feel bad for him. He's not the only one who has acne, he's just the worst. I know he feels bad about it and there's not really much he can do. I'm sure his Mom gets him stuff for it. Maybe I should tell her about the Murad Coupon Codes I found on the Internet the other day.

I have said for years that I would not want to be a teenager for any amount of money, and now that I work with them I really stand by that statement. It is difficult growing up and I'm glad it's over. I just hope I can help some of these kids make it to adulthood and make the road a little easier for them.