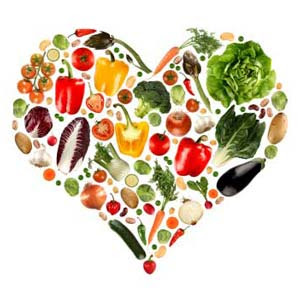 I have had food issues my entire life. I have always craved sweets like an addict craves their drug of choice. In my 20's I first discovered my hypoglycemia (which has never been officially diagnosed but my symptoms are textbook) and I did nothing to stop it. I would eat sweets, go into my hypoglycemic state, and either eat some more sweets or some protein. Never once did I consider I should stop eating sweets. During my late 20's and early 30's fast food was king. We ate out a lot due to the fact that we were so active. We were constantly on the move going somewhere or doing something so fast food was king. During this time is when my weight battles really began in earnest. This was also the time I developed irritable bowel syndrome. I would get these bouts of lower intestinal pain that were absolutely crippling. Then I would get either constipation or diarrhea. I was constantly taking correctol so that I could go. It was pretty miserable.

In my late 30's I started to get more food conscious. I became aware that eating junk was not a good thing, but I did not have a clear, solid definition of junk. At various points over the next 10 or so years different things became junk. At one point I thought real Coke with pretzels was a good snack. Seriously. I had given up the diet coke chemical cocktail and only drank the real stuff - though granted not everyday, but still too often. This was also about the time that I developed my pasta fetish. I got the idea in my head that pasta was healthy and so I ate it. Constantly. Seriously, almost every meal. I totally bought into the carb nonsense.

In my early 40's I started to develop my personal theory about humans and food. They say that our bodies developed 10,000 years ago and that food production has changed so rapidly our bodies can't keep up. Thinking about that and humans 10,000 years ago I started to realize that those humans probably ate things they could find. Fruits, veggies, beans, rice, and meat when they could kill it. I'm fairly positive they did not run across pasta in the wilds of Africa or Asia. This started to lead me in the direction of whole foods, though I did not realize it at the time.

Through my 40's I moved away from alcohol and moved towards whole, unprocessed foods. It was very, very slow going as I did not know how I could transition away from all the processed foods we used. It was also through this time that a number of things happened to me physically.

First, I was extremely physically fit. I was doing marathons and triathlons and in the best shape of my life. I was also discovering the amazing machine known as the human body. Through this time I discovered my metabolism. I would eat food and never get full. I would get hungry, seriously hungry, but the food was being processed so quickly I never got that stuffed feeling that I hate so much. I also discovered that the more good, whole food I ate the more I wanted. My lifelong cravings for sweets diminished (never leaving completely) and I wanted to eat food that would fuel my body.

Second, I began to realize that I had a lactose sensitivity. It wasn't complete intolerance as I could drink milk and such many times with no problems. But every once in a while it would kick in and I would be in agony.

Thirdly, I discovered that bread also bothered me. Again, not all the time and not all breads. But when it happened it was painful. Horrible, horrible gas and bloating. Ugh!!!

So, where am I going with this? I'm leading up to my current, personal food philosophy. I have come to the realization that:

Seriously, all most of the garbage that is sold in the grocery stores are not food. They are packaged, processed chemicals. When I do eat that stuff it's almost like my body doesn't know what to do with it. I can eat a fast food burger, and I still do once in a while, and I will get that overstuffed, disgusting feeling. Worse, that feeling will last for hours because it feels like my body doesn't know how to process it. Then I will get hungry on top of that because there really is no nutritional value in that stuff.

Now I'm not perfect and I still indulge once in a while, but now when I indulge I do so knowing that I am eating garbage that will not help me in any significant way. It's kind of like watching reality TV, it has no redeeming value and is purely for entertainment purpose. That's how I view processed foods now - not food. Now when I want something to eat I think of things that have high nutritional value and will provide fuel for my body and is really food.

Finally, all my physical problems went away. I no longer suffer bouts of hypoglycemia because I don't eat sweets that much. I have them once in a while as a treat and I only have a small amount. I no longer get severe, painful gas and bloating because I don't eat the things that cause that. I no longer have to take laxatives as the food I eat does the things it's supposed to and everything works. I don't drink milk anymore and I avoid bread most of the time. When I do have it, it's not an issue. I no longer buy into the carb nonsense. I eat whole food 99% of the time. I'm not perfect as I said, I can not get away from bottled salad dressing. But at least I buy the one with the least ingredients, no more than 5, and not a bunch of chemicals.

It's been a long journey, with a lot of missteps along the way. My journey isn't over and I'm still learning new things everyday. But at least I feel like I'm on the right track now and not eating stuff that will do my body harm in the long run.
at September 16, 2012