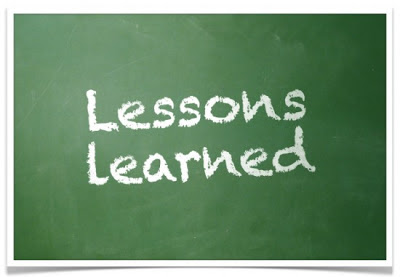 So, yes it was just the other day I said I was done here and taking a break. That's how it always goes though. I get frustrated, decide to quit and in a very short time the mood strikes me again. What I don't like about this is the feeling of pressure I get when I haven't blogged in a while. I've pretty much given up doing paid posts for that very reason. I don't like being pressured into blogging. But there are times. like now, when I really want to write. So from now on there is no pressure at all to write. Once a week, once a month, I don't care. I will write when the mood strikes me and I will never force myself to write a post. Having said all that, I want to write down things I have learned over the last few days.

Since November 1st I have been pretty strict on my Paleo eating. I have been reading labels and nothing with added sugar has slipped into my food. I have avoided all wheat and grains, I haven't even been eating rice which I'm allowed to have. It really hasn't been that hard, once I got into the swing of it. It requires a lot more cooking then I'm used to, but even that is turning out good. I'm getting into cooking and discovering that I like it. Sweet. As a result of this my energy has gone through the roof. When I'm home with nothing to do, I feel like a caged animal. It's been great because I've been getting things done. I look forward to the killer Crossfit workouts and I've been pushing myself more and more. I also sleep better - gotta love that. So for 3 weeks things were amazing and I felt awesome. Then came Thanksgiving.

On Thanksgiving I initially was going to stick to the Paleo and just avoid things that had sugar or grains. Basically I couldn't eat the stuffing or the pumpkin pie. Everything else was good. But while we were getting it ready I took a taste of the stuffing. I love stuffing. LOVE IT!!!! So I took a taste and decided to have some. I didn't have a lot, maybe 1/2 a cup or so. It was salty. Very, very salty. Even with the gravy, it was salty. After I ate my stomach felt so full and stretched out I could not believe it. I did not eat that much, I really didn't. But I guess the stuffing really made me feel overfull. I did not like that feeling at all. Then, if that wasn't enough, I decided to go for a piece of real pumpkin pie. OMG, what a freaking mistake. My stomach again felt full and stretched from a small piece of pie. I did not like the way these foods made me feel and their taste was not as good as I thought it would be. I decided that night that it was definitely not worth it. I decided to be real strict the next day and get myself back to feeling awesome. Then the next day came.

If possible, Friday was worse than Thursday. I woke up feeling pretty okay except for a small bout of loose stools...Not surprising. Went Black Friday shopping and got home around noon. It was hot, really, really hot which did not help anything at all. But after eating some lunch I just felt exhausted. I felt sluggish and drained. I think between the food the day before and the heat, I did not feel like myself and I did not like it. I was so sluggish and tired I could not drag myself to Crossfit. I forced myself to go on Saturday morning and the workout felt awesome. I ate strict Paleo Friday and Saturday and by last night was starting to feel myself again. Also, between the salt and sugar on Thrusday I was up 2 pounds on the scale. I know that's from the salt.

I decided that once this challenge is over on Friday, I am not going back to my old way of eating. I feel way too good by following Paleo and I want to continue to feel that way. I like having energy. I like not feeling like I'm pregnant. I like pushing myself in my workouts. So no more sugar, wheat, or grains. Ever!!!!!!!
at November 25, 2012