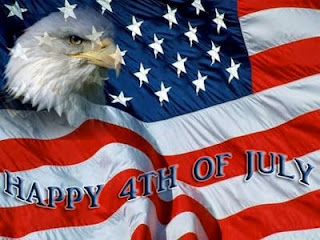 Today is the 4th of July. We have no plans since the pups don't take well to fireworks. We generally stay home and keep them calm. So that's what we will do again today. Also, it being summer, having a holiday isn't that big a deal.

Meanwhile, yesterday....it was weird. I felt like a donut so I went to the store to get one. I ended up getting a donut, a lemon cupcake, and some Munchies: 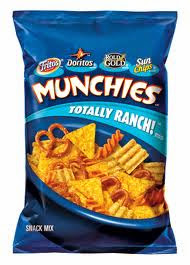 I did get the smallest bag they have but that is still pretty big. So I came home and ate the donut and the cupcake. I then laid down on the couch and dozed for a few hours. Then I grabbed the Munchies, ate some, and dozed for a while longer. The TV was on but I was in and out of sleep. Finally around noon, I got up and felt good. I had a salad for lunch, started doing some work on my lesson plans and had a great afternoon. Walked the dogs when it got cooler and ate a good dinner. Weird. I was so tired in the morning and just craved junk. I had considered fighting it, but looking back I think I did the right thing. If I had fought it off, I probably would have ended up eating a whole lot more. As it is, all I ate was a donut, a cupcake, and some Munchies. Not really much of a binge at all. And that was over the course of 5 hours. At most I ate about 1,000 calories over those 5 hours. Yes, they were junk calories, but still only about 1,000. My salad wasn't but about 200 and dinner was probably around 700. So I ended the day around 1900 which, considering it started with a binge, is not bad at all.

The best part is that yesterday is over and done with. I am not going to dwell on it or beat myself up about it. I made a decision and I went with it. Now it is done and time to move forward. Actually, it was done at noon yesterday, so that's even better. There was a time when I would binge eat until my stomach hurt. And then I would continue to eat even though it hurt. I could pack away 3,000 calories in an hour. So if my binge lasted 5 hours and I consumed 1,000 calories, I would say that is progress. Great progress.

Today Crossfit is only having a 9am class. Then it's off to celebrate the holiday for everyone. I think I need a little something to eat. 9am is too far away to wait. So I'm completely over my desire to eat junk food, so I'm positive today will be good. Let freedom ring, freedom from binge eating, freedom from regret, freedom from living in the past.....
at July 04, 2014

I have been doing my back and hip challenge and it seemed to be really helping my knee. Then a few days ago I added in foam rolling. Now th...