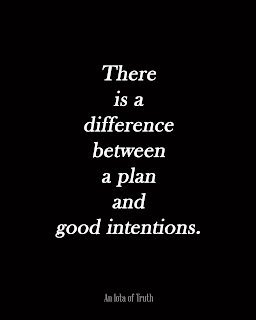 Well, all my planning and analyzing last weekend went right out the window. I have the neighbor from hell. Things have been quiet lately with them, but last weekend it started up again. The problem with the situation is that, not only can I not think rationally when they are involved, I want to tell them so bad to just F*CK OFF!!!!! It is hard to hold my tongue. Luckily we have a third neighbor who provides a voice of reason. The other thing is, I have a tendency, when faced with a fight or flight choice, to fight. That is just my first natural reaction. And so when something comes up with them, my first instinct is to fight. Luckily I resist that temptation because quite frankly they are not worth my time and energy. Also, knowing what complete as*holes they are, it would escalate into something you end up seeing on TV. So I just try to ignore them as much as possible. I'm seriously beginning to pray that they find someplace better to live. I'm going to put my prayer energy into a situation arising for them that they just cannot pass up and they end up moving. But, there is a problem with that too. In that relationship, she apparently makes all the decisions and she appears to have trouble making a decision. When they first moved in they had a slight drainage problem in the driveway. Rather than try and fix it, she debated for almost a year about suing the seller. In Hawaii you have two years and she was dragging it out because she could not decide what to do. They ended up fixing it and its been fine ever since. But that was a long, drawn out, painful process. So apparently she has real problems making large decisions. Over a year ago, I saw three different solar companies come to their place. They still don't have solar. I've also seen alarm companies and other various companies. They don't have any of that stuff. So even if a situation presented itself that was amazing and awesome - which is what I'm praying for - I'm not sure she would act on it. That is an attitude that is very typical with local people though. They have to investigate things to death before they can make a decision. When I worked at the lab, I had the same issue with one of the bosses. Wow, and my last boss made decisions with absolutely no input at all. I guess finding out a reasonable amount of information and making an informed decision is harder than I thought. All of these people were born and raised here. Either they take forever and gather way more information than necessary, or they make snap, knee jerk decisions. I once heard a quote, which I can't find, that said, good decisions can be made 90% of the time with 75% of the information. Which is absolutely true. You can have all of the information, if you take the time to gather all the information, the information begins to change. And you can't just go off half cocked, making decisions with little information. But if you get 75% of the information, you can make a reasonable, informed decision 90% of the time. I feel sorry for those that need to continually gather information before making a decision. How much of their life is wasted deciding things. Ugh!!! Okay, this post is not about people and their poor decision making abilities. I am praying that a situation presents itself to my neighbors that is so fantastic they cannot pass it up and they move. That is what I'm praying for right now. We are not staying here forever. We will be moving to the mainland in a few years, but I would like them to find a nicer place now. I'm so kind aren't I.
at September 06, 2014