Let's start with the gratitude. I am extremely thankful that I got our budget back in shape the other day. I've never really used the budget app as it was designed to be used. In other words, you are supposed to create a budget, plan what you will spend on certain things, and stick to that. Yeah, I never quite did that. In the past 3 years or so that I have been using it, I've been using it as a tracker more than anything else. I make a habit of moving money around to cover what I've spent rather than saying there is no more money available for X so it has to wait. Not a very adult thing to do. So when I ignored the budget for almost 2 full months, I thought I didn't need it anymore, I discovered that I was dreadfully wrong. So on Thanksgiving morning I sat and redid the whole thing. I like it even better now. The problem is that I realize we don't have as much money as I was thinking we had - this is why we used to always be broke - and now I'm second guessing some things. But, bottom line, I'm incredibly thankful that I have gotten wiser with our money and that we aren't just blowing it like we used to.

I'm moving on today because I want to talk about minimalist shoes. I've been wearing these Merrells for a while now: 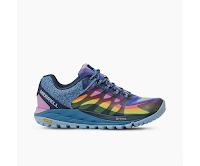 and I love them. Absolutely love them. I love them so much that after I had my first pair for a while, I bought a second pair. Love, love, love them. But, it's hard to see in the picture, but there is some reinforcing around the toe area - because the entire shoe is canvas - and the reinforcing ends right where the baby toe is. So in both pairs, on both shoes, holes are developing there. Ugh!!! I'm not paying $110 for a pair of shoes and have holes develop in 6ish months. I'll continue to wear them as long as I can but the holes are going to be the deal breaker.

Anyway, I have decided that I want to start running again. Not a lot, I'm not going to do races, I just really do enjoy running, so I thought maybe instead of just walking I could do a short run once or twice a week. Also, running builds muscles in the legs and mine are pretty well shot from no real workouts for the past 6ish years. So I would like to make my legs stronger and that seems to be one of the simplest ways to do it. So a week or so ago, Roadrunner sports had their tent sale and we went. I bought some 'running' shoes that had lots of cushion and were super squishy. The first time I wore them my calves hurt, huh???  So I kept trying to wear them and my calves just did not like it.  I could not figure out why and so just kept on wearing the above shoes and trying to get used to the new ones.

I'm doing a hip opener challenge with a yoga teacher and every night after the challenge - which is amazballs by the way - he does a little Q&A. I like to listen to the Q&A just to see if I can pick up any nuggets of information. A couple of nights ago, someone wrote in about shin pain when running and gave a description of the shoes he wears as zero drop shoes. It caught my attention just because shoes and running have been on my mind. The yoga teacher then explained what zero drop or minimalist shoes were and indicated that my shoe above is one of those. DOH!!!!! That was why the heavily padded ones were causing some calf issues. I've been wearing those shoes for well over a year now and my calves have gotten used to being lower, closer to the ground. So yesterday I went out and bought a pair of Altras, which are also minimalist shoes and have close to a zero drop for running. 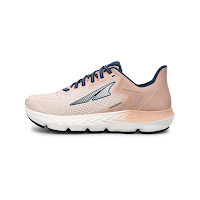 As I said above, I love my Merrells but am not buying them knowing they will wear a hole in them pretty quick.