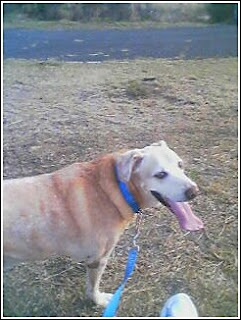 I've decided to entertain you with a post about my walk this afternoon. Rocco and I decided to hike to the top of Makapuu because it was a beautiful and hubby was watching the playoffs.

Here in Hawaii there are lots of sites from WWII. After the bombing of Pearl Harbor the military basically took over Oahu and built stuff all over the place. When they left they left behind lots of cool stuff. This is one of them.

In order to defend the east coast of Oahu they built a lookout at the top of Makapuu. This is the trail to access it. Originally it was used to drive up, now you can only walk. The really nice part of this is that the entire trail is around the edge of a mountain and during whale season (now) you can see the humpbacks out there, very cool. 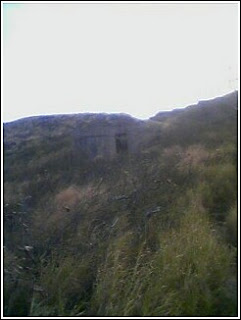 On the side of this mountain they built these concrete pillboxes. Soldiers would sit in here and keep watch out for enemy planes and ships. I'm guessing they were armed with heavy artillery too but there's no evidence of that left. 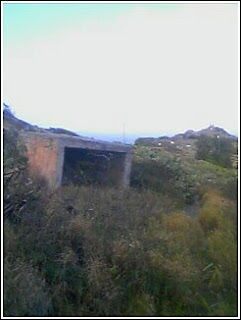 I'm standing next to the first pillbox and here's the back of another. I have no idea why they were built so close together. 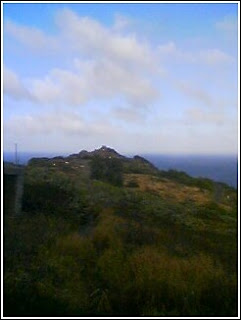 Here I'm standing next to the first pillbox looking out towards the ocean. As you can see they had great views from where they were. 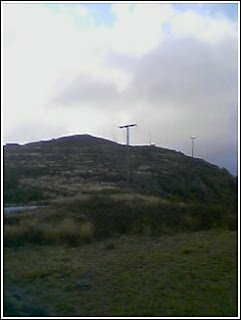 Here I'm standing at the lookout looking back towards the mountain. Although you can't see in this picture, the hillside is dotted with those pillboxes.

A famous author was stationed in these pillboxes during WWII and I can't locate his name. He wrote his first book here. I don't read war books so I can't recall his name or the name of the book. But trust me when I say it's a fairly famous author.


So that's what Rocco and I did today. I love that hike, it's hard enough to really make you work at it but it's not so hard the dog can't do it. Perfect.

Very cool stuff. You are so lucky to have so many neat places to hike and run and explore.

When I lived on Guam I did many trail runs like you have mentioned here. its like a walk back in time of sorts. i did some trail runs on smaller islands and it felt some times I was the first person to see the bunker/ruin/artifact.