No really I am. I am a 47 year old child. I have spent most of my adult life hating responsibility and fighting that adult yoke that is responsibility. Well, something is happening.

I've changed. Over the past year I've changed. A Lot!! I have been noticing small things here and there but last night it really hit me. Oh, god, I'm an adult!!! It was quite a blow to my childish ego and my selfish attitudes. I may have to have a funeral.

Seriously. I've spent most of my adult life acting spontaneously. Never really planning for the future. Trying to avoid what every one else was doing - growing up. I think part of the reason was having my daughter when I was 18. I had to take responsibility for her way to young and I think I've resented it ever since. Anyway, I did many of the things that were expected of me, but I did them grudgingly. I was the queen of procrastination, putting off those responsibilities until the last minute and then doing them only because I was forced to. Now? Not so much.

The realization started to hit me last night during American Idol. I was working on something on my computer that was very important. Then there was a ad for House. I jumped up and went to clean up the kitchen so that I would be done before House started. Hmmm. I thought to myself, why not leave it till after House?? Because I'll be tired and be resentful of the fact that I have to do dishes, I don't want to feel that. Ummmm, okay!! That was when it hit me right between the eyes. I had changed. I no longer put things off that need to be done. I see them I do them. I no longer whine and moan about chores, I just do them. I no longer procrastinate until it's too late to do something. I just do them. UGH!!! I'm acting like an adult!!!!!

Looking back, I think I have my murdering, drug-dealing neighbor to thank for it. Once I realized what I was living next door to, I knew I wanted out. It was at that point that I decided I needed to take control of my own destiny and the whole buying a house came back up again. In order to do that I need to get things in order and that's what I'm doing. So I have my sleazy neighbor to thank.

I think I realized that when I turned 50 only I never felt like the 50 year old virgin:) 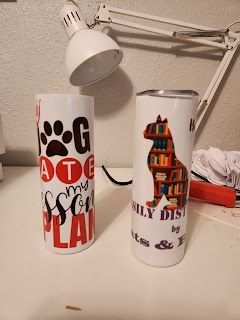