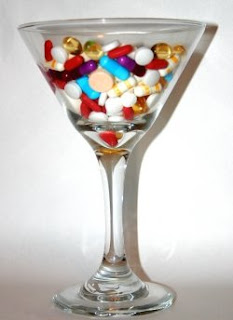 We have a couple of friends who come over every Tuesday night to play poker. One of the guys has chronic pain from back surgery. He has been on diability for about 10 years and takes pills like they are going out of style. All kinds of pills.

We have another friend who went through a real bad patch and ended up addicted to heroin. He went into rehab, a couple of times. until it finally took. He moved back to Hawaii and has started drinking again, but he seems to be able to keep that under control. He has also started smoking weed again, but even that seems to be in control. However, about 3 months ago he started getting pills from the other friend and taking them. That was his downfall. After just a few weeks he ended up hooked and he was looking into hydrocodone vicodin addiction detox. Again. He knew what needed to be done though and he just stayed home for a week and kicked it. It seems to be back on the sober track, so hopefully he won't slip up again.
at May 21, 2011