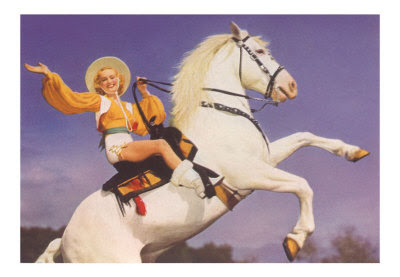 Okay, I know that one day does not a habit make and that I'm not going to cure everything in just one day. But I must say that after yesterday I feel like I'm back in the saddle again.

So I started out by going to the Turbo Jam website and setting up a workout schedule. I decided to follow it for one month and see how I feel. The first day was strictly learning the moves and it was only 35 minutes. At the end of those 35 minutes I was sweating and breathing a little hard and feeling absolutely awesome. I felt energized and not completely exhausted. I felt like energy to get through the day but I also felt like I had worked out. Awesome!!! At this point, when I do Bob or JIllian I am wiped out after and need to take a nap. I think that pretty much defeats the whole purpose of working out. So I felt really good all day, a little lazy, I did spend some time watching TV, but I did not nap all day. Woo Hoo!!! I don't remember the last Saturday I didn't spend 2 hours napping on the couch. So that was a huge success.

Eating was good most of the day too. I had a kind of big lunch but it was all good, wholesome, homemade food - specifically salad, pasta and Italian sausage in marinara sauce. Very good. For dinner we ended up at Chili's, but even that wasn't so bad. We had the triple dipper appetizer with boneless hot wings, southwestern eggrolls, and loaded potato skins plus I had a beer. I figure what I ate probably worked out to around 750 calories. Not great but not that bad either. That would have put my total calories for the day at ~2000. Not too terribly shabby. Not as bad as it could have been.

Today though I do feel a whole lot better. I feel more in control. I feel like I have some energy. And I feel like it's going to be an awesome day. So yes, I know, 1 day does not a week make, but 1 day is a fabulous start....

Day 2: Turbo Jam Learn & Burn again. First, I was kind of not looking forward to working out again but knowing that I wasn't going to end up in a puddle, whimpering on the floor made it easier to get moving. Once I started I decided to push it just a tiny bit. Yesterday I kept the movements small and took the easier version on some. Not today. I made the movements bigger and did more than required. What I noticed: I could feel the muscles in my abdomen and back. They weren't sore exactly, but I could definitely feel that I used them yesterday. Awesome. I made it through the whole workout and was strong to the end. I love it. I think I am on the right track here. Doing something that I find fun and that doesn't drain every ounce of energy I have is a good thing. FYI, there will be a time when I will want to pushed to the absolute edge. When I want to be left a quivering blob of jello in a puddle of sweat. Just not yet.
at October 09, 2011