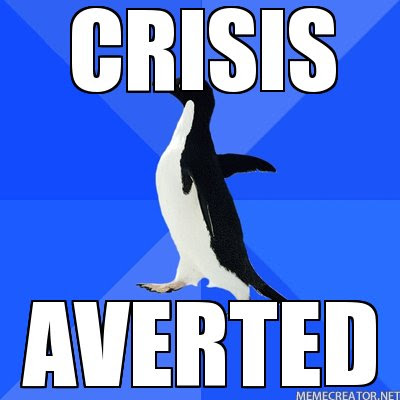 I really did dodge a bullet tonight. Hubby has been working all week and I've been on my own for dinner. Overall I've been doing fairly well having salads and chicken and doing pretty darn good. Tonight though I was teetering on the edge of a binge. I did not want salad or chicken. I did not want to cook. I did not want what was available. I decided to make the drive to Jack-in-the-box and get a burger. And a shake. And some fries. And probably stop for dessert. Yeah, that would have been bad. Really. Really. Bad. But I grabbed my wallet and keys, headed out the door with every intent of consuming more calories for dinner then I have all week. Thankfully something inside kicked in and as I got in the car I decided that was an incredibly stupid idea. I did continue driving but instead of going to Jack I headed to the grocery store. I had decided that I did not need a burger, fries, shake and dessert. I would settle just for dessert. So I got to the grocery store and got my go-to, all holds barred dessert. Magnum. 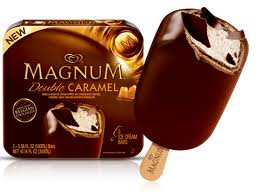 This stuff is expensive and worth every single penny. I paid $6 for a box of 3 - $2 each. But they are so, so good. When I really want a dessert and I haven't had one in a while (and I have not had any sweets all week) this is what I go to. So I got a box of these, went home and had a small sandwich. Nice. What could have been a 3,000+ calorie night ended up being about 500 calories. Considering I had salad and nachos for lunch and yogurt for breakfast, it's not bad at all.... I am pleased.

In other news. I love gadgets. I am a real tech geek. I am usually the first to have all the latest toys. I especially love toys that help with my fitness. I've had a Body Bugg, a Fit Bit, pedometers, Garmin, heart rate monitors, Nike+, and I'm sure there's more I'm missing. I really enjoyed the Body Bugg but it cost like $12/month to access the website and get the data off it. That got to be pricey. I had the Fit Bit for more than a year and I really liked that. It was small and easy to wear but rather limited. The website was a little clunky too.

Then last week I was watching Biggest Loser and they showed this new device they are using - I guess they dumped 24 hour fitness and had to dump the Body Bugg too. Anyway, it was a brief clip and the device was called a Slim Coach. I immediately went and Googled it. I found it and discovered that next month, February, the My Trak M2 is becoming the Biggest Loser Slim Coach. I wanted one. I looked up buying one and found they were $130!! Well, that's too much and I wasn't going to be able to afford it - nor could I spend that much in good conscious. But I kept looking around and reading reviews and found a bunch of people that really loved it. I then stumbled across a site with a discount code. I ended up getting one for $69.99 - woo hoo!!! The most amazing part was that I ordered it Tuesday night and it was delivered yesterday!!! From Canada!!! To Hawaii!!! Amazing..... Here is what it looks like: 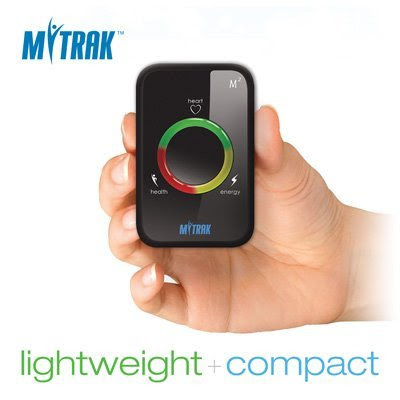 Last night I got it all set up and I wore it today. The thing I like about it is that you set a fitness goal, calorie burn, and it starts the day red and changes to green as you get closer to meeting your goal. It's a fun toy. I like it and hopefully it will help me keep active. New toys!!!
.
at January 27, 2012