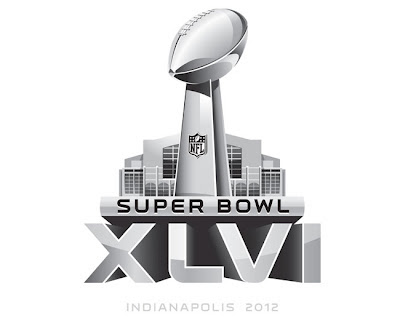 Is this thing on??? So where I have I been for the last week or so?? Well, things have been crazy around here.

It all started on Christmas Eve, believe it or not. We were with some friends and the Super Bowl came up. One friend was going to have it at their house when we informed them that we have 2 giant TVs and I mean giant - 65" and 52". They said we should have it at our house since we have the big TVs. So we said okay. Well that started a chain reaction that was only finished on Friday. We thought we'd fix the place up a little since we would be having everyone here. Initially we thought we'd do the bathroom. Then we figured we'd do the kitchen and things just got crazy. We ended up doing the kitchen counters and floor and the bathroom floor. Writing it doesn't sound like a lot but the kitchen floor took one whole day. The kitchen counter took a day but then we had to let it cure and grout it, each of which was a 24 hour process. The bathroom floor took an entire week between cutting Hardiboard and tile, mudding and grouting, then trimming and cleaning....Ugh!!! The bathroom was completed on Friday and yesterday was spent cleaning the house from all the work that's been going on. And today?? It's Super Bowl.

Also this week I got rid of my car. Between the payments, gas and insurance, that thing was costing me about $800 a month. It sucked gas like you wouldn't believe. 17mpg was my average!!! Yikes. So I'm carless for now. I'll be busing it and riding my bike. I actually like riding my bike and riding the bus provides me with 45 minutes to an hour where I have nothing to do. Awesome. I'm also getting a whole lot more exercise because I'm riding my bike to the bus stops. In the morning the stop is only about 4 blocks from my house and I get off less then 1/2 a mile from school. But in the evenings I'm riding my bike about 5-6 miles to get a bus. That takes about 20-30 minutes, so everyday I'm getting in ride. Awesome. I figure I'll go without a car for 3-4 months then pick up a little beater - something with no payments!!!!

So between all of the above I just have not had the time to sit down and blog. It's not like I've been doing anything fun like hitting up the cigar auctions or anything. Just working, working, working. Either on the house or on my actual job. Now that the Super Bowl is here things should quiet down some and I can get back to a more normal routine. At least I hope so....
at February 05, 2012