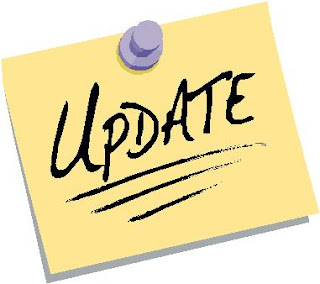 Just wanted to do a quick update so that I remember. After my earlier posts, I honestly didn't feel like working out but I am really liking the way I'm feeling and I don't want to lose that.


Okay, so I forced myself to workout, but I did not want to go to the gym.  I pulled a Tabata workout off the web and did that. One hour of short bursts of exercises. I've done this once before and really liked it and I still do. I like it. The hour just zooms by because you are only doing something for 20 seconds at a time. Awesome.  After that I wanted to run. Crazy, I know, but I did. So after resting for about 30-40 minutes, I went out for a run. The C25K program called for me to run for 3 minutes then walk for 3 minutes. I didn't think I could do that after my Tabata workout so I went back to 90 seconds running/2 minutes walking. I did that and was able to really run, not shuffle, during the running intervals. It was a brutal workout - in the rain - but I got through it and felt like a rock star when I was done. I came home showered, had some oatmeal, and am now watching TV, working on my thesis and watching it rain.  Fun times....
at July 03, 2012