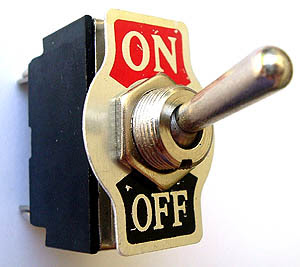 I went to Crossfit even though I did not really feel like it. I normally don't go on Friday nights, I go on Saturday. But tomorrow is Barbell for Boobs and my box will be closed. That meant if I wanted my 3rd workout this week I needed to go tonight. I had a very busy morning. I had Starbuck's for breakfast at 7am. I ate Burger King for lunch at 2pm. By then I was so hungry I would have eaten a piece of wood if one was around. I drank a soda. It was not a stellar day as far as eating went. My stomach started reminding me of that around 4:30. I forced myself to go and on the way there my blood sugar started acting up. Great. This was going to be fabulous. As I parked I almost sat in my car for a minute to see if I felt better. But then I said, screw it, if I can't do it I'll scale it back and I headed into the box.

The warm up was a run to the corner - this was where everything changed. I headed out, slowly, and was sucking air in a few steps. Then the tape recorder in my head started: Oh, this is hard: Maybe I should walk a little: I'll just slow down: blah, blah, blah. When I got to the turn around point the dialogue in my head had reached a crescendo and the word walking seemed to be repeated over and over and over. At one point I did stop and walk a couple of steps. And then it happened. I said, hell no, you are going to run and I started running again. Then I shut the voice in my head up and took inventory. Yes, my lungs were working hard but they did not hurt. My legs felt fine, in fact they felt like I could run for a while. So I kept running and got back to the box. I got back last but damn it I ran the whole way.

For the first part I worked on shoulder press. We were supposed to do 85% but since I did not know my max, I worked on that. I had no fear about adding weights. None at all. I could easily do 45lbs so I tried 65lbs. That was hard but not impossible, let's add 5 more each side. I maxed out at 75lbs, I could only do one at that weight. But I did it. I went back to 65# and finished the workout. Woot woot woot.

The actual workout was 20 pull-ups and 20 wall balls. We could do 3,4, or 5 rounds. Everyone was doing 5 so I decided to give it a go. I did ring rows for the pull-ups and I used an 8# ball. The thing was I knew I was going to finish 5 rounds and just went to it. I did it slow and steady, trying not to stop in the middle of the round. Just going through it. I felt kind of like a machine just chugging along. There were a couple of times I had to stop for a few seconds but nothing serious. I got through it, just like I knew I would. I finished 5 rounds in 12:17. Awesome!!!

So the switch in my head from "this is hard" to "this is totally doable" seems to have been switched tonight. I knew it was in there, I just did not know how to turn it on. I seem to have done that. Yeah!!!!
at October 12, 2012