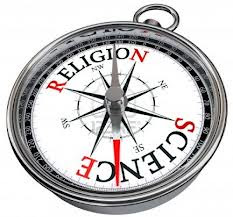 I work in a Catholic school and I'm a scientist. Most people think that is a contradiction in basic philosophies and someone has to compromise their values in order to keep the peace. That is not true. The head of school believes that evolution absolutely happened but along the way there was some divine intervention. That actually makes sense to me. So when evolution is taught we don't discuss the spiritual side at all, it's purely science. All good. In chemistry these things don't come up but it's still pure science.

I also read some things written by skeptics. Now as a scientist I firmly believe in questioning things. That is the basis of science after all. What I don't like and I believe goes completely against basic science principles is complete disregard of something you don't think is true. For example, Big Foot. Before I start I should state that I don't really believe Big Foot exists but I'm open to the fact that I could be proven wrong. The skeptics won't consider for a moment that a Big Foot is possible. Not at all. While on the other end of the spectrum, the Big Foot hunters are absolutely sure it exists and you can not convince them differently. I think both groups are full of it. The skeptics won't for a minute consider that it's a possibility they do exist and the believers won't for minute consider there's a possibility they don't. I think both extremes are equally bad and that real true science lies somewhere in the middle.

To really "do" science you need to be open to all possibilities. You need to be able to look at a situation with a completely open mind and not rule anything out, until you rule it out scientifically. I guess what I'm trying to say is just because you have never seen it does not mean it doesn't exist. I have never seen my heart but I accept that it's there and keeping me alive.

I just get tired of people being so absolutely positive that their view is right and others are wrong. That's what leads to things like 9/11. People need to have their beliefs but be open to other possibilities. We really don't have all the answers and all we can do is try to find them.