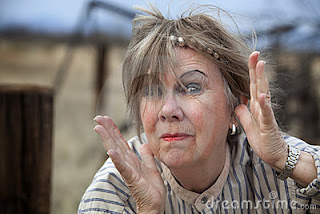 This particular class has been trouble since they got here. In freshman year, the whole class had an attitude and it just got worse as they progressed through the years. We always referred to them as a whole and usually not in nice terms. This is my 4th graduation and every single time I've gotten a little teary. It' s a huge milestone, they have their whole lives ahead of them, blah, blah, blah. This year, after that scene, all I could think is when will this be over???? Also, after graduation, I usually walk around and hug the ones I really like, and in this class there are only a few believe me. But last night, no way. I was out of there without talking to any of the graduates. I wanted nothing to do with that entire class. We were talking yesterday and one of the other teachers said, this class reminds them of white trash. Just the way the act and the things they do. I didn't completely agree, but after last night, yeah, I agree. They pretty much are white trash.

I seriously was so angry... I still am... What a freaking moron. How low class is that, to threaten someone at your child's catholic school graduation? Unreal. You can always tell the uneducated by the way they react to situations like this.

Time to step up the self care game

This group that I belong to has been holding a Revitalize week. This is a week where they are trying to inspire us more and restart some se...