Success on the food front 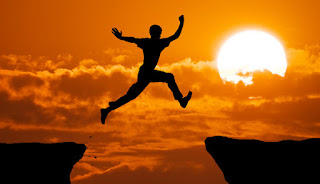 After out of control eating for 4-5 days, last Wednesday I started to get a grip on things. I promised myself that I would not eat any junk and if I could do that until Saturday, I would get a treat. Wednesday, Thursday, and Friday were all good. I managed to stay away from wheat completely, had only a little bit of rice, and no real sugar to speak of. Started feeling 1000 times better, and even had the energy to go to Crossfit on Friday night. Saturday was Crossfit in the morning, then the baccalaurate ceremony at school. It was my job, as the junior advisor, to provide refreshments. I stopped at Safeway and bought some of their packaged cookies. I had my helpers set them up so I did not even see them until after the event. When I came out, people were snatching up the cookies like crazy. We ended up running our fairly quickly, which was a good thing. I did end up having about a half of a red velvet cookie. Those are good. Note to self, never buy again. After that I went out to dinner with some friends. It was a little tough because I was thinking of having a beer - grains. Also, I couldn't help but focus on the dessert menu. Then I realized that I really didn't want any of that stuff. I wanted a salad. Which I got and enjoyed immensely. When I got home I had my treat of a Magnum ice cream. I also went out to breakfast this morning and had eggs, potatoes, sausage, and not a bit of guilt. I have come to realize that if I avoid wheat, in all it's many forms, I really don't have much cravings. I need to stay away from the sugar, but don't need to be so crazy about that. The wheat seems to be my ultimate enemy. And as long as I'm not getting crazy about everything else, avoiding it is not that hard.
at May 26, 2013