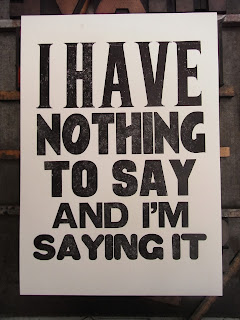 The challenge is going so well, it's almost hard to believe. Today at school we had a pot luck and I did really, really well. I had salad with shredded chicken on it and no dressing. Some fresh veggies . Kalua pork. Ribs. Now I probably should not have had the ribs because they had BBQ sauce on them. But since there was so little for me to eat, and I was starving, I decided that it was not the worst choice I could make. Oh yeah, I also had a lot of fresh fruit. A. Lot. There was a table full of desserts and I did not have one. I didn't even want one. I was very proud of myself and felt that I handled the potluck very well.

We did have an interesting conversation at lunch. One of the other teachers is doing a juice fast. She gave some story about resetting her palate and not doing it to lose weight, etc. The problem is, and I don't think she realizes it, is that she is resetting her metabolism to store fat really well. She is not helping her body in any way. Also, and I'm sure she doesn't realize this either, she talks about food all the time. Everything is about food. I know she is thinking about it constantly because she is not eating. When they were cleaning up the potluck, she took the most food home - for her son. She has a serious problem with food and really has no idea how to handle it. She needs to stop doing the crazy stuff and just eat real food. I was good though, I didn't go all crazy on her, even though I really wanted to.

Workouts have been really good. I've had energy and been doing lots more. What I haven't been doing is my PT exercises as much as I should. But I did them tonight and I'm going to do them every night until my next appointment. I am making progress all ready and I'm not doing it enough. Imagine if I do it regularly?

One thing that is a little different, I don't really get tired at night until I get tired. I know that doesn't make a lot of sense, but it's true. I feel great, lots of energy, and then suddenly - bam - tired. Oh well, that's okay. It's just my body telling me to get some rest.

It's all in the point of view

I have a terrible habit of seeing things in black or white. This or that. Yes or no. I struggle to not have polar opposite opinions. I also...