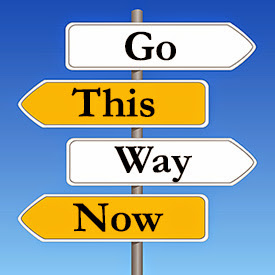 The past couple of months have been a huge struggle. I fully blame my association with SFS. I believe that place is so toxic that it affected me for months after I left. Things have been rough for a long time before I left, I just didn't realize what the cause was. So my new position has been an adjustment because of the positive attitude and people. I made a mistake here and waited for the hammer to drop. It never did. Everyone was like, oh well, fix it and move on. At the old place I would have been beaten over the head with it, or my mistake would have inspired some large, random change to procedures. Oh, yeah, and here they didn't assume I was out to get the kid involved, they assumed it was an honest mistake. Which it was. Anyway, I kept waiting to get in trouble and it never happened. I think that was the real turning point. I realized that I was at a much better place, that I was treated as a professional, and that I was respected. That realization was the catalyst for cleaning up other areas of my life. So last weekend, when I got everything at home in order, I relaxed in my eating. My eating became better, I did not crave sweets and starches because I had reduced the stress, but I wasn't really paying attention. I did however log my food for most of the week. Being in control of other areas of my life, I can track and not become obsessed over the numbers. I did notice that my calories were hoovering right around 2000 a day. Hmmm.... I felt pretty good, but sometimes like I was eating too much. Then this morning I got on the scale. I saw a number I have not seen in 15 years or more. I can't even write it down here. What I do know is that I have got to change directions or this will get worse. So I need to change things up. I'm going to reduce my calories to 1500. I'm also swearing off sugar and wheat. I'm going to allow one day a week of sugar and wheat, but otherwise no. A modified carb cycling. Also, Crossfit, Crossfit, Crossfit. Have to go. I think this will work out well. I just need to get a handle on things. Whew, glad I caught it in time.
at November 03, 2014