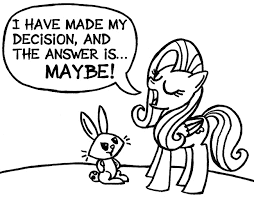 I usually find, that when I have a troubling problem, if I think it through thoroughly and then walk away from it, I generally come up with a solution. So after spilling my guts last night, I watched TV, colored, and went to bed. Hoping that something would come to me. It did not. What did happen is that some additional concerns arose and were added to the mix. Hubby's social security might be garnished due to an ancient child support battle. Hubby and the ex settled the child support issue, but the f*cked up state of Cal won't let it go. So if that happens and we are still here, nothing changes and life goes on as before. If that happens and we are in the midst of a move, it might be a problem. But, if we are in the midst of a move that means we've sold the house and might have the money to just pay that off and be done. But, if we stay and let them take the social security for a while, next year the balance will be quite a bit lower and less will come out of our pocket. The social security is going to be like extra money so losing it for a while shouldn't be too great a burden. I read that they can only take 65% of the social security. He will be eligible for about $1900 so they would take $1235 leaving us an additional $700ish a month. That would not be a bad deal. We could sock that $700 away to save for the move. In 9 months we could have ~$6000 which we could use for the upfront costs of the move before we sell the house. And if they are taking $1200 a month, that will reduce our final bill by $10,000 when we do sell the house.

Yeah, we are not prepared to sell the house now. It needs a lot of work and we need to have some money set aside for the costs of the move that will come before we get the money from the house. All thing focus on this move. This move is happening and there is nothing that will stop it. Our past history shows a series of 'snap' decisions that did not turn out exactly as expected. Except for Bella, she turned out far better than expected :) And because this move is so huge. It is not like when we moved here. We just shipped the bare minimum and left everything else behind. Can't do that this time. We are older and have more stuff and the house.
at January 24, 2016