Time for a new start 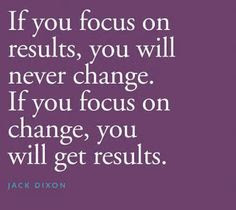 Okay, it's been a week since I last posted, time to play catch up. We checked in the Paradise Bay Resort and had a really nice two days. The room was great and the dogs took it really well. Oh, I should probably note that we ended up putting Axl down on Saturday, June 25th, when blood was literally pouring out of his penis most of the day. It was heart breaking but necessary. So when we moved to the hotel it was just Bella and Lola. So the 2 days there were good and then on Monday we checked out. I took my car to be shipped and we spent the day at Eddie's waiting for our flight. Before the shuttle picked us up, we got a text from United that our flight had been delayed 1.5 hours. Ugh!!! So we delayed the shuttle a little bit. We got to United Cargo around 7:30 pm and started the process of checking in the dogs. That took awhile and then we discover that our card won't work. Seems there was a 1 day hold on the money we deposited from the sale of the house. WTF????? That was crazy. So we called Robbie and she covered the cost on her card. Ugh!!! Then, while at the Cargo place, we get a text that our flight is delayed another hour. WTF??? WE ended up not taking off until 1:45 am, a full 2 hours and 45 minutes after our scheduled departure. I guess I really can't complain though, the flight before us was cancelled completely. So I should be thankful that we at least got off. The whole way here, I'm trying to figure out what to do about the rental van. We had a van in SFO but without money in the account, we weren't going to get it. Luckily by the time we landed the money was available. Whew.

Then it was 4 days on the road with 2 dogs and a bird. We quickly learned that traveling is not Lil Lols favorite thing, but she survived. Bella on the other hand, is a champ at traveling. She took everything in stride and was excited for whatever we were doing. We stayed in South San Francisco on Tuesday, we decided that after an all night plane flight we should just rest. That was a good call. On Wednesday we drove down and spent the day with Jennifer and the kids. That was really fun. Her kids are pretty cool and I think we got along really well. On Thursday we drove down to San Bernadino and stayed there for the night. What a freaking joke that place was. We pull up to our room to find 3 guys drinking beer and smoking pot outside. Awesome!!!! But it was only for 1 night so we managed. Then on Friday we hit the road for Phoenix. We got to our rental house about 3 pm, dumped everything off, went and did some basic grocery shopping and jumped in the pool. I love having a pool. It is now Sunday and we are settled into the rental for a while. The dogs are all calming down and things are going well.

As for the house, things are still on track for us to purchase it. Don't know what my mortgage broker did, but she did an amazing job. So that is still going. School on the other hand has fallen way behind. I missed a discussion. I have a paper that is a week late and one due on Tuesday. So guess what I'll be doing for the next few days????

Okay, that pretty much catches us up to today. As for me, things are not going so great. I got here feeling huge. I don't know what I weigh because there is no scale here, but I am huge. I told Hubby while still on the road, that I would be starting AltShift on Saturday. I don't care about anything but losing some fat and feeling better. So I started AltShift yesterday and it went pretty well. I know it's mostly in my head, but I feel better already. I got up this morning and took the dogs for a short walk, then headed out on a 45 minute walk myself. It was hot, but it felt great. So today is day 2 of AltShift and I'm looking forward to doing a little better than yesterday. So there we are. A week in the life of me :)
at July 03, 2016