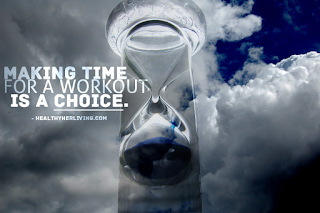 I've decided to use this blog as what it was meant for, a health and fitness blog, I am just trying to decide how often to update. But I think I will leave that to chance. If I set too high an amount, like daily, and I don't meet it, I'll feel like a failure. But if I set to low a goal, like weekly, I might forget. So I think I'll just play it by ear and see how often I post. I know that I will need it more often in the beginning and that it will taper off as I get better, but I'll let it evolve by itself.

Okay, health and fitness it is. So I joined Plant Fitness about a month ago and went sporadically. In fact, I discovered that I have never done day 4 of my workout because I never went 4 days in one week. Lame. However, this week and all future weeks will be different. I will go 4 times a week, every week. So let's recap this week:

Monday: was feeling inspired to work out since I am feeling particularly fat lately. And working out felt good. I didn't push myself super hard, but I did use a little more weight and I pushed on the cardio a bit. When I came home, I really didn't feel like eating so I skipped breakfast. I ended up having a big lunch and feeling pretty good that day. No dessert.

Tuesday: Went to the dog park early, so got the PF early. Still not crowded. It was back and bicep day. I've only done this day like twice, so I'm still figuring it all out. Took the workout a little easy, since I've only done it a couple of times. Came home and was hungry. Made eggs with peppers, onions, and zucchini, with salsa and sour cream. Amazing. Hubby wanted to grab lunch at Taco Bell, so I had their grilled chicken bowl. Awesome. No dessert again.

Wednesday: this is my rest day. I tried to walk on the treadmill and boredom set in after like 15 minutes. Ugh!!! Had toast with peanut butter and banana for breakfast because I was hungry.  Roast beef on a roll with Italian wedding soup for lunch because I was hungry. By 4 pm, I was hungry again. I can literally feel my metabolism starting to kick in again. Yay!!!!!

Thursday: chest and triceps day. Now, I've only done this workout once, so it was a real learning curve still. Also, when I did this workout before, I could not move my arms for like 3 days. So I went a little bit lighter today. Also, moved from the recumbent bike to the upright bike. I like the upright bike much better. While on the bike, I started to get hungry and could feel my stomach caving in on itself instead of just sticking out. Came home and had a banana with peanut butter. Love, love, love those. Will probably have a big lunch because I am already getting hungry again and it hasn't been an hour.

The exciting thing is I'm feeling my metabolism kick into gear again. When I workout regularly, I don't get full. It is like my metabolism works at such a high level, food is processed as soon as I eat it. I like that. I like not feeling like a big fat pig. Anyway, no beating myself up, just focusing on the good stuff.
at June 29, 2017