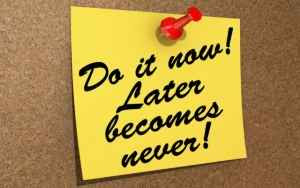 So Thursday I was angry. And I mean ANGRY. With a white hot anger that would burn anyone who got near me. It is now Sunday. Has anything changed? No. In many ways, I feel like I have far, far too much information and I don't know which way to turn. Primal, Paleo, Whole 30, Weight Watchers, Zone??? Way, way too many choices and I don't know which one is best. I've tried just about all of them and they all work to some extent if you work them. Things I do know for sure:


As I was typing this something just hit me (again). In the past, when I've become seriously invested in exercise it is because I had something I was working towards. Someone years ago wrote that if you have to be working towards something and not against something else. Truer words were never spoken for me. I need some extrinsic motivation to get me going.  Once I'm moving along, I can generally come up with intrinsic motivation.  But that comes later. Initially I need something outside of me to focus on because I feel that nothing inside me is good enough. I love when I have these revelations. I did find an 8k trail run on President's weekend in Apache Junction. This is tempting for a number of reasons. A) President's weekend is when they have the Great Aloha Run and that is kind of where I 'started' my fitness journey. B) it's the Lost Dutchman run and that just makes me happy. C) it's 6 months away which gives me plenty of time to train for it. and finally, D) it's 8k which is almost exactly what the GAR was.

So I'm thinking of that. Today is when my week starts in my planner so I can count this as my first day of my new life. But I haven't nailed down what my new life will look like. But, maybe that's for the best. Maybe trying to plan too much is not good. Maybe I should let it develop a little more organically.

It is now 5 pm. I started this post at 5 am and then walked away and lived my day. I still haven't quite figured out what kind of goal I need to focus on. I feel like I've done it all. I've run marathons. I've done triathlons. I've done Crossfit. What more is there to do? So that's kind of where my head is right now. I say to myself I would love to run again, but would I? Would I really?  I think I need to give it a little more thought and contemplation before I make a final decision. Now, I'm off to do the yoga I promised myself this morning.
at September 03, 2017