The power of meditation 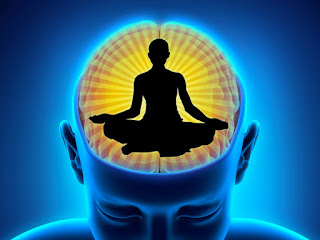 Part of the AltShift regiment is to meditate daily. It's not so much to become this great peaceful being but to become more aware of your thoughts. Since uncontrolled thoughts can totally derail a situation, working on becoming aware of them helps to control them and not let them control you. Simple.

When I started AltShift meditating was hard. Probably one of the hardest aspects of the program. But when I joined AltShift Activate - twice - I had to meditate. He started us at just 3 minutes and it increased a minute every week. After ASA I kept doing that until I reached 10 minutes. That seemed like a good amount of time for meditation and I found that anything shorter really didn't allow me to calm my mind as much. So for easily 6 or 7 months, I meditated 10 minutes almost every day. Some days I missed, but most days I did it. Then I'm not sure what happened exactly but I started to forget. I would go a couple days missing it, then pick it up again. Then gradually the days I was missing became more and more while the days I was doing it became more infrequent. During those months I meditated, I had undergone some changes that I didn't notice until I stopped. I guess the easiest way to explain what happened when I stopped.

When I stopped, I started to fall into my laziness again. I would be exhausted by 4th period and come home and just veg in my chair. That had stopped somewhat when I meditated as I had energy almost all the time. After I stopped, I just found I had less energy overall. I would nap frequently on weekends and I just didn't want to do anything. Less energy or sinking into my own thoughts? Hard to tell but it was happening. Also, I got angry. A. Lot. I found myself angry at my classes. At my husband. At my dogs. At my friends. I was really an angry person. Now, I don't have any problem showing anger, if it's called for and face it, it usually is not called for. I was finding that I had trouble sticking to the shifts too. I would eat things in 3-shift that I shouldn't (hello, potato chips) and in 5-shift I found myself craving sugar and giving into it sometimes. So I knew something had to change and the thing that had to change was meditation. I needed to bring it back.

Monday I started making it a point of sitting and meditating while Hubby was in the shower. I always get up first, so I would have my coffee and as soon as he got up and went into the shower, I would go an meditate. I did that every morning. And may I just say Wow!!  I have been a much better person this week. I have been calmer. Happier. More energetic - though that will take a little more time to peak. In 5 days, I have seen a noticeable difference because of meditation. Wow, just wow!!! I don't know anything else that shows the benefits so quickly. Clearly, this is something I need to make sure stays in my life all the time.

May 1st came and went and because of the meditation issue and the fact that I just did not feel I had been doing my best with AltShift, I decided not to take weight/measurements this month. I don't need to sabotage myself, especially if I'm feeling a little down because things haven't been going the way I want them to - see, this is the benefit of meditation. You can think clearly and logically. I did weigh myself this morning though and I'm 186.2. That's down 4 pounds from April 1st. So in spite of not meditating, I've still been holding my own with this thing. Yay me!!!!!