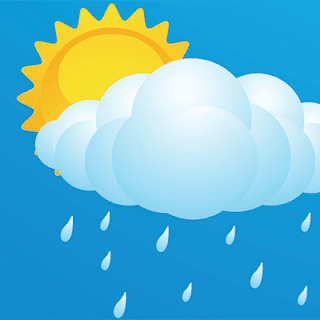 and we got our first rain yesterday. Actually, it's still raining a little this morning. It wasn't a lot of rain, but it was rain. After living in Hawaii for nearly 30 years, where it rained almost every single day and sometimes twice a day, I never thought I would be so happy to see rain. But it's been 2 years here and I think we've had 2 or 3 good showers of rain. So every little bit is exciting. I hope it stays kind of rainy and cloudy today so that I can take Maverick on a short hike. The whole idea behind getting another dog was to have a hiking partner. It would be nice to actually take him hiking. But it's been far too hot to go out during the day and I'm not getting up at o'dark thirty to go. So that may happen today with any luck.

So this week has been better in that I'm not whining near as much, but I'm not at the activity level I would like to be. I haven't been to the gym all week. I haven't got close to my steps all week. I have, however, made progress in the things I wanted to work on like my curriculum so that's good at least. But I still need to up my game more.

The problem is when I get to working on something I get lost in it. Especially if I'm making progress that I haven't made before. Also, when I hit on a plan of action, I generally keep going because I don't want to forget either what I'm doing or my goals with it. Is that silly? Maybe, but that's the way I work.

I did get 2 new diamond painting kits but I have not gotten obsessive with them. I have worked on one but have actually gone days without working on it, so I think it was only the first one that sucked me in. Or was it the Arrested Development???  Not sure which.

Guess that's about it. Need to get moving but I really am getting so much done. I would like to be able to take a couple of weeks and not have to worry about anything. We'll see how that goes.
at June 16, 2018