Just thought I'd drop in and say HI!! I don't really have anything to say.

Things are going well. Yesterday ended up being a rest day due to a birthday party Sunday night that went longer than I thought it would. Between the beer and ice cream cake there was no getting up at 4:30 Monday. But today was right back at it. I did weights this morning and I upped my weights on some exercises and WOW!!! could I feel it!! But there is no residual soreness so that's good. We'll see how I feel tomorrow.

I finally got my bike into the shop. It's in dire need of a tune-up and my chain was skipping. That's the only way I could describe it and the bike mechanic knew exactly what I meant. She (yes, she!!!) looked at the chain, tuned the pedal a little and said, oh, you have a stiff link. You're going to need a new chain. That was easy! So my bike will be ready in a couple of days.

I go on vacation next week. Not going anywhere just taking some time off - I need it. I hope my bike is ready so I can get some riding in next week. Next week is also early registration for the Honolulu Marathon. They do this every year. If you live here you can register now for $20.00 instead of waiting until summer and paying $80.00. They also give you a free gift when you register. So I'll be doing that next week. I'm doing the marathon this year and I'm going to do it really, really well. My public goal is under 5 hours, my secret goal is under 4:30.

I guess that's it. Life is just rolling along. Nothing new or exciting and that's okay. There are definitely times when I like being in a rut.

Oh, wait, I know, my drug dealing neighbors. Since I talked to the police in June things have actually quieted down over there. I had hoped it was over. Then, around New Year, things started picking up again. Lots of people (weird, scary looking people), lots of activity all night long. I was getting pissed. Then a friend of ours stayed over one night and was sleeping outside. He told us there's traffic there all night long. They park down the street and walk to the house; buy drugs and move on. Then they dismantled a car with a sledge hammer - IN THE DRIVEWAY!!!! Okay, I've called the police a number of times and they would come out, then the neighbors would stop for a while but things would pick up again. Then Saturday a smell started coming from over there. I can not figure out what it is. It doesn't seem to be toxic but it's annoying.

So I've finally reached my limit. I decided today to take action. I called the police -again- and reported that place as a drug house. I called the land use department to turn them in for fixing cars in the driveway. I've called the zoning department because they are illegally building a deck out back. And I shot an e-mail off the mayor explaining everything that's gone on and asking why I can't get any action on this. Then hubby called a friend of his at the zoning department and it turns out there have been 8 complaints filed on this house just today. Apparently I am not the only neighbor that they've pissed off. Anyway, I've decided I'm not going to stop until they move or are arrested. I'm going to call everyone at least 2x a week to keep the pressure on.

That's all from here. Sunny, beautiful Hawaii is kind of dull right now. But that's okay, sometimes dull is just fine:)
at January 16, 2007

Good luck with those neighbors!

Too bad you can't sick Dog the Bounty Hunter on them! ;) Seriously though, sorry to hear about your neighbors. We've got some yukky ones, but nothing compared to what you're dealing with. Good luck with that. Keep complaining to the Mayor's office and your city councilperson. The more you bug them, the more likely they'll do something just to get you off their back!

Nothing worse than bad neighbors. You hate to come home when you have to deal with that kind of stuff. Hopefully the squeaky wheel gets the grease, and your complaining actually gets something accomplished!

How well can you throw? maybe you could lob a few M80's in that direction.
Plan B. A BB gun works well too.

It doesn't sound boring there at all. Maybe you could call DOG(the bounty hunter). Just kidding. It sucks to have neighbors like that and I wish you luck. Be careful.

I was home all week because Hubby had Covid and pneumonia. It was completely unplanned and I was not pleased with it. I don't think we... 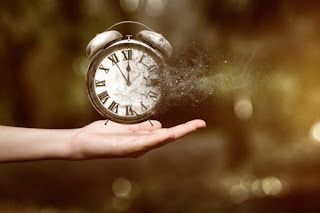