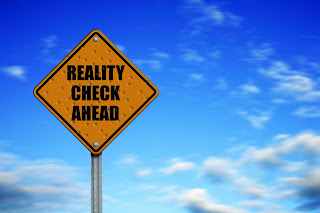 For years I've known I had some eating issues, actually I guess I should say food issues. I've known for years that I'm hypoglycemic. Even though I've been tested and retested and the tests always say I'm fine, I know how my body reacts. I know how I feel and what's going on inside my body. I have had this knowledge for 30 years. This knowledge has altered my eating habits but not always in a good way. Knowing that I would react if I ate some sugar, there were times i would keep eating sugar to avoid the crash. Definitely not good.

In the past couple of years I've begun to notice other things. About 5 years ago I realized that eating as many carbs as I generally did caused severe intestinal distress. So I cut back on carbs and there are days I don't have any. At one point I noticed soy didn't agree with me, so I stopped eating soy. And there were other things. I realized that most of my problems and the way I felt could be directly tied to things I ate. Powerful knowledge if you use it.

Recently I have been having some issues that I think it's time to sit down and really examine. On Tuesday I awoke really tired. As a result I was extra hungry and wanted carbs - that is definitely something I do when tired. Instead of forcing myself to have a good breakfast, I jumped in the car and went to the store. There I bought 4 bagels, 3 packages of mini-donuts, 2 types of cheetos, I think that was it. I came home had the smoothie hubby left me and a bagel. About an hour later I had the powdered donuts. About 15 minutes later I had the chocolate donuts. I took a nap. I woke up and started to develop a headache. By the time hubby got home around 1:30 the headache was blowing up. He brought lunch - Chinese food - and I ate that. Went to lay down because the headache was getting bigger. Around 3ish, I busted open the bag of Cheetos and proceeded to eat a bunch. By 5-5:30 I was dying. I had a pounding headache, my eyes felt like they were going to pop out of my head, my stomach was really upset, and I was soooooo tired. Ugh!!! It was horrible. I ended up missing a meet-up with some friends because of it. I even posted about it here. I talked about eating the crap but clearly it did not sink in. Why you ask? Because today I sat and ate more of those damn Cheetos. In an hour and a half I was starting to feel like crap!!!! I had to lay down and take a little nap. It was only 15 minutes but that's not the point. The point is I can not eat like this. I have to stop eating crap that doesn't agree with me.

What I need to do is really get a handle on what and why. So, here's what I'm going to do. I'm go 1 week eating only whole, natural foods. No snacks, no sugar, no wheat, no junk of any kind. I have done this before but only for a day or two. I start feeling good and go right back to my old ways. I need to stick with it for a full week to give it a chance to work. When I can get by eating an apple for dinner I know that something is wrong. So there it is, time to act like a grown up.
at July 15, 2011