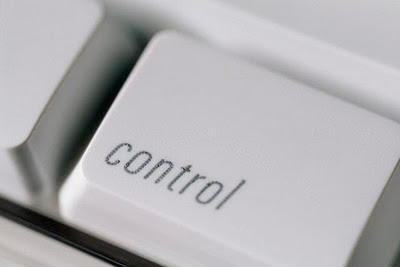 After I wrote my post the other day it came to me that I'm not in as much control as I like to think I am. I was letting life and responsibilities get in the way of what I want to do. I was worrying about everything else and not about me. Wow! That's a huge change. When I first started WW and they would talk about how people with weight problems have a hard time saying NO. How they put everyone else's needs before their own and that ends up being part of the problem. Heck, they even talk about it on Biggest Loser. Anyway, I used to say that I don't do that. I take care of myself and do what I want to. It wasn't completely true then and now I've fallen further into the habit of taking care of everything else and ignoring me.

It's 6:30 right now. I'm going to get my bike out and ready and I'm riding to WW. After that I'm going to carefully ride to the racquet club and check out the happenings over there - big national tournament starting tomorrow. Then I will ride home shower and clean up this room. Once that is all done I will get some work done on my thesis - that is starting to become critical. I will work out later and we will walk the dogs. I will consider it a good day if I fall into bed exhausted tonight. Tomorrow it will be more of the same only with football thrown in - the 9ers are playing :)
at January 21, 2012