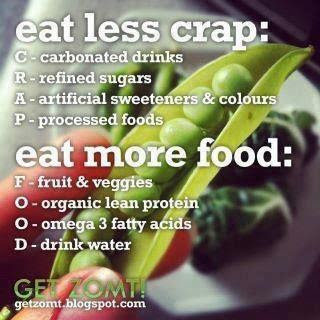 turned out to be an awesome, activity filled day. I started the day by heading out to Zumba. I have done Zumba before and I'm not a huge fan of it, but I've never really given it a serious try. So I'm going to. I'm going to go once or twice a week and see if it grows on me. After Zumba my friend was teaching BodyPump so I decided to stay for that. So that's 2 hours of working out yesterday morning. I came home, showered, grabbed a sandwich because I was starving, and headed out to the Challenge Nation Scavenger Hunt. I met a group of friends at Gordon Biersch, we had a beer and then the race began. It was a race through downtown Honolulu and we had to find locations based on clues, and take pictures there. It was good fun. But we were running around, and I mean running, downtown Honolulu between 1-2pm, the hottest part of the day. We were sweating bullets....Afterwards, we came in 26th out of 145 teams, we sat and I had a root beer and some guava sorbet - Awesome!!!! I came home, took another shower, and pretty much vegged the rest of the night. It was a great, fun-filled day.

Right after the race, I was not hungry and I should have been. But this is how my body works, when it's working right. After an exertion or workout, I will not be hungry and in fact will be slightly nauseous. This doesn't last long, depends on how long I was exerting myself. For instance, after the hour scavenger hunt I did not get hungry till about 5pm. Yes, I did have a root beer and a sorbet but considering how many calories I burned, that snack was nothing. But around 5pm I started to get hungry, really, really hungry. The interesting part, and again a way I know my body is beginning to function properly, is that it is not your normal hunger. This is a deep, almost cellular, hunger. While I was extremely hungry I did not want anything that was easy - translation: crap. I could have run to Jack-in-the-Box or Burger King, but that was not what I wanted. I wanted good, wholesome food that was healthy. I was dying for an apple but we were all out. I ended up making a homemade hamburger helper dish. Organic ground beef, peppers, onions, pasta, and a little cream of chicken soup. It was awesome, filling, and exactly what I wanted. Perfect. There is a rule of thumb in the dieting world, if you think you are hungry but don't want to eat an apple, it's head hunger not stomach hunger. Well, for me when I'm working out and eating right, the reverse is true. If I'm deeply hungry, I won't want any crap, only good whole food. Interesting that the more I take care of my body the more my body wants to be taken care of.
at June 10, 2012