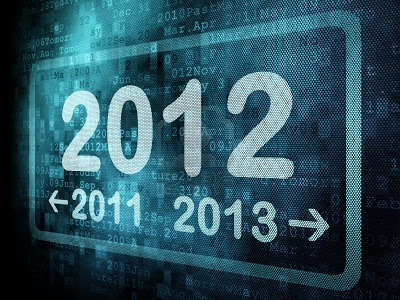 I love new beginnings. I used to love them a whole lot and I would write endlessly about them. I viewed a new beginning as a blank slate, and I still do. 2012 was a tough year in many ways and I want to recap the major events and then look forward to 2013.

We began the year in a major fight with our neighbors. That was ugly. We went through mediation and got things resolved. We're still not friends and never will be, but we seem to have reached a point where we can live next door to each other. That took a long time for me to get over. I held a lot of anger and resentment towards them for a large part of the year. I have been working on letting that go and things are getting better. I know that this is only my problem and I'm working very hard to get over it. But it is better and hopefully will continue to get better.

On the heels of that was the bankruptcy. I never in my life thought I would file bankruptcy but after Hubby lost his job things just never quite recovered financially. That became official on January 28th. Which also happens to be the day I gave up my car.

I gave up my car and started biking/busing it. Overall that's worked out well, but after almost a year, I'm ready for a car again.

In May I decided to join 24 hour fitness. Again. After having the same struggles with my weight that I've had for years, I decided it was time to head back to the gym. I got a deal on some personal trainer sessions and did well for a while. I quickly realized that I don't like 24 hour fitness and once school started again, that pretty much ended.

After teaching health class over the summer, I decided to give vegan a try. That did not work well and did not last long at all.

In July Designer Whey started a summer workout series. I started following it and it was different everyday and tough and I loved it. I didn't push myself as hard as I could have but it was a good start.

Also in July I completed my masters thesis. That had been a burden hanging over my head, running through all my thoughts for 2 years. I finished it, I was done, and I got my masters.

September 1st was when my life changed. That was the day of my Crossfit Intro class. I have been hooked ever since. Because of Crossfit I have lost weight, gotten my eating under control with Paleo, gained things I'd thought gone forever like my happiness. This was really when things started to turn around for me and it's only gotten better.

October brought some changes at school that pretty much sent me over the edge. I've since recovered and think I have a better plan, but we shall see.

November was quiet and fairly uneventful.

December was the end of school and the Christmas party. I emceed and it was big fun. Christmas was quiet. Oh yeah, our friend got married after dating a girl for a month. Nice. And the world did not end, that was awesome.