Yesterday was too busy 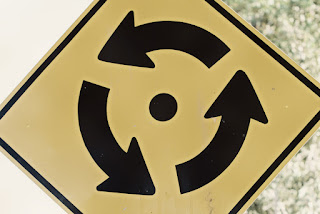 Yesterday I needed to go to school and finish my grading. Do a little work on my classroom - though there is lots more to do. Find a dress for the winterball last night. Get ready and go to the winterball. Hmmm... when I list it out like that it doesn't seem so bad, but it was.

I dropped Hubby at work and headed over to school. I was there for about 3 hours finishing up things I needed to do and doing some straightening up in my classroom. Then I headed over to Ross's. I looked around for awhile and found a nice dress. Then I needed shoes and accessories to go with it. I looked around Ross's for a while and didn't find anything I liked so it was off to Payless shoes. I found a great pair of shoes there that were on sale. Bonus. Why are all shoes such hooker looking shoes?? We used to call the CFM shoes when I was younger. Anyway, I also happened to find some great accessories there, so I was pleased. Then it was back home and lunch - I was starving. After I finished lunch I was sitting down to relax when I had to run and get Hubby from work. Off again. That involved a stop at a store and then finally I was back home. I was tired from my running around and so laid down to take a short nap. Then it was into the showers and getting ready to go to the ball. The ball went well and I left there about 8:15 and was home by 8:45. Finally I could relax.

If you look at that day what you will not see is a workout. No where in there is there any sort of workout. It's not for lack of trying, that's for sure. I was going to go to the 6am Crossfit class but ended up oversleeping. There was a 9am but that was right in the middle of my morning and I would have had to cut something short; grading, working on my room, shopping; something. The next classes were not until 4pm and I needed to be in Waikiki by 4:45. I was bummed. But, that's the way it goes sometimes. I will make up for it by working out the rest of the week.