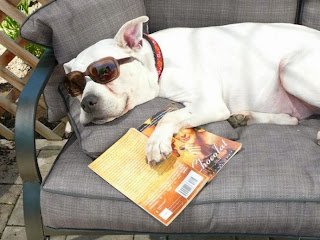 I have been on a Paleo challenge since January 15th. It has been okay, but not great. I found myself cheating frequently. I call it cheating because I am on a challenge. I know this is not a way I will eat forever, but you would think I could do it for 45 days. But that got me to thinking about paleo. With the level of exercise I do, I think I need some carbs. In my reading, I found this program that makes a lot of sense. It's called Carb Nite and it sounds pretty good. In short, you eat paleo all week and then eat carbs one night a week. For the first round, you have to go 10 days keeping your carbs low. Since I was on paleo and eating low carb anyway, it wasn't that big a leap to make. I started it on Wednesday and my first carb night will be on Friday, which also happens to be the last day of my challenge. I can not wait. I have been able to hold on knowing that I will get all I want in just a few days. I have some people who are doing it and they are having great success.

The point of this is that around day 4 you get really foggy. That was me yesterday. I was so foggy headed and lazy, it was unbelieveable. I could hardly focus on anything. I was tempted to give in and have some carbs, but I resisted. The folks who are doing it say that Day 4 is the absolute worst. They assured me that Day 5 would be a lot better, and they were right, it was. Today was a lazy day though. I just hung around, read, watched House of Cards, and was generally a bum. It felt nice. I'm sitting here watching another episode of House of Cards. I think it will be an early night. Just a lazy Sunday.