Our trip was so cool. We left Thursday around noon and headed up to Strawberry and it was fun.

This was our view of Four Peaks on the way up. 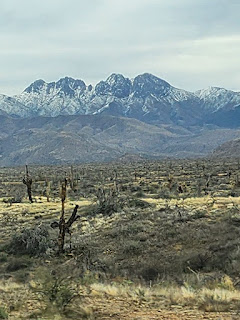 We had some time to kill so we drove through beautiful, historic, downtown Payson. We found a little park around a lake and got Mavy out of the car for a bit. He's not a great traveler and is very anxious in the car. In fact, going over the moutains he was whining a lot and we were wondering if his ears were popping and bothering him. Anyway, after the park we left Payson and headed into Pine for lunch at the Country Inn. We had pizza and an order of wings to go. On the way to the cabin we stopped at the Pie Bar and got some desserts. They make empanadas, which are basically little Hostess pie type things. They were good.

Once we got there the house was really nice. Actually like it was depicted in the listing. 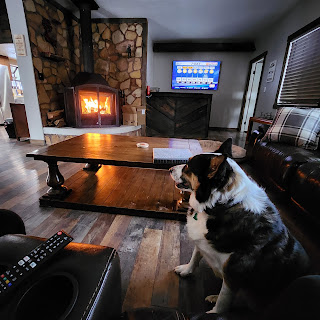 We built a fire in the fireplace and it freaked Mavy out a little because of the popping and noise it made.

There was a fenced in backyard so Mavy got to run around in the snow freely. 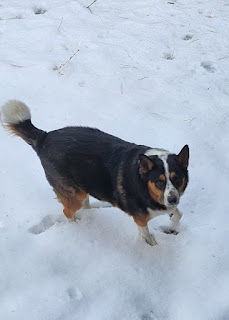 On the way home yesterday we stopped at Tonoto Natural Bridges Park and saw the natural bridge. 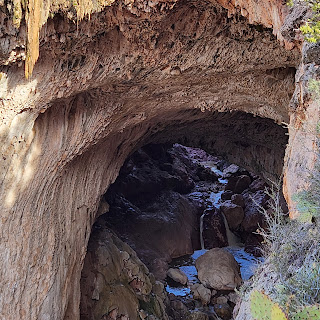 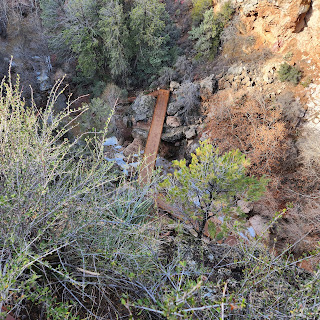 Thankfully we did not have to walk far from the parking lot to see it. Mavy wasn't allowed on any of the trails, but it was close enough that we could walk to it with him.
Then we hit the road and came straight home. We were back home by 1pm. It was a short trip, but very nice and enjoyable. The best part was there was nothing for me to do so I got a lot read in my book.