What a weird week 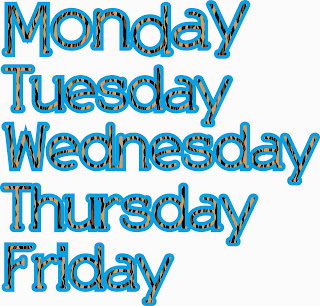 I should preface this entire post by saying it is one week until spring break, that may explain some of the frame of mind behind this week. Monday and Tuesday were perfectly normal. I went to school and all was good. Wednesday I woke up late, really late and just said screw it and stayed home. That lead to a lot of school work getting done and a trip to the new Target. At the new Target I got a Shark steam cleaner - I've wanted one forever. Stopped at Burger King on the way home. Had lunch then proceeded to vacuum and steam clean the living room and kitchen. Didn't walk the dogs because it was raining and didn't go to Crossfit for no apparent reason. I also ran to the doc's to get a TB test for Kamehameha. Woke up Thursday with every intention of going to work, only to discover that I had some serious intestinal distress. Serious!!! Curses Burger King!!!! So I ended up staying home Thursday too and good thing as I could not get far from the bathroom all day. As you can imagine, I did not walk the dogs or go to Crossfit on Thursday either. Yesterday dawned completely normal and I headed out to work with a stop at Starbucks. When I got to work my ancient laptop would not work. It booted up but it was taking forever to move between pages and to print anything. Ugh!!! It was seriously frustrating. I turned the computer on around 7:30 am and by 8:00 it was still not working right. I had to take homeroom attendance on my phone. That was it. That computer is old and barely works, so I decided I had enough. I went online and looked at Target and found a decent one for $199. Then I looked at Amazon and found a much better one for the same price. So I ordered it and it will be here Monday. The rest of the day went fairly normally and then it was done. On the way home I had to swing by the doc's to get my TB shot read and then, again for no apparent reason, I did not go to Crossfit. I actually didn't do much of anything last night. Made dinner, watched TV, played some computer games. That was it.

Last night was freezing cold, even now it's only 68F. I have to go to Crossfit and I just don't want to get dressed. I need to get moving though, I want to get this workout done and get back home. I plan on working on my prospectus today and getting it submitted today or tomorrow. I'm pleased with the energy and determination I finally have for it.

Okay, I'm going to get moving. Get dressed and head out to Crossfit. I can sit around later.