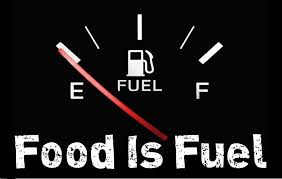 Yesterday was completely focused on food. I ate. And ate. And ate. But it was all good stuff. I had a cheese omelette for breakfast. Then I had chicken and pasta for lunch. Then I had made a chicken and lentil thing in the crockpot, so that was dinner. I did have a Magnum double peanut butter bar for dessert, but other than that, only good stuff. It was interesting, because I was full but not overly stuffed full. I did not feel sick like I do when I overeat other types of food. I did expect to wake this morning feeling hungry, that's usually what happens when I start eating again, but I didn't. I guess one day is just not going to cut it. My body is not falling for that crap anymore. So I will have to focus on eating well today again in order to get the metabolism working.

I never made it to Crossfit yesterday. I was getting ready to leave and some guy pitching solar energy came to the house and I lost track of time. So Crossfit never happened. I did walk on the treadmill in the morning though. That was not much but it was something. I spent a lot of time in the pool too. It was hot yesterday and it looks like it's going to be hot again today. Another day in the pool, I'm good with that :)

So I have to move more and eat more. In spite of all the food I seemingly ate yesterday, I was still under my calories. That's just crazy. I think I'm going to go with 1800. I ate at that level for almost a month and felt really, really awesome. I think that 2000 just becomes too hard and that's when I start to fall apart. So I'm going to shoot for 1800 and stick to high protein. The moving more shouldn't be too terribly difficult. I will do some treadmill in the morning, Crossfit and walking the dogs at night. After a couple of weeks of that, I'll start throwing in some running. I want to run. I see people running and that is what I want to do. So I'm going to work up to it, slowly. Start with walking for 2 weeks, then start couch to 5k.