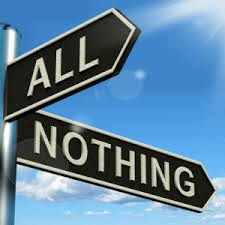 at least for Paleo. I tried to do it this week in a half assed kind of way. It didn't work so well. In fact, it led to a cookie binge that lasted 2 nights. Not good. The problem is multi-faceted. First, I did not have any dressing for my salads so I thought I could just use regular dressing. That was a mistake. Second, I don't think I was eating enough calories. I was hungry, very hungry. That led to Starbuck's for breakfast on Friday, which led to pot pie and cookies for dinner on Friday, which led to cookies last night. I think I need to be more strict with myself, especially in the beginning. On the up side, I feel pretty good and lost like 2 pounds in spite of myself. So that is pretty awesome.

We are arranging for mediation with the neighbors. I'm being an as*hole and dragging out the process as long as possible. Just because I can :). I have reached the point where I no longer care about them or what they say or what they do or anything. So every little chance I get to f*ck with them is awesome.

The Phoenix class is almost over, it ends tomorrow. I figured out that with the time they expect me to put in and what they pay, I'll be making a whopping $9 an hour. I'm not sure that the work is worth it. I am mostly committed to giving it a try, but I'm kind of against it already. We shall see. I'm hoping to finish up the last requirements today and be done with it.

A week and a half ago I joined 24 hour fitness. I haven't made it there yet, but I'm thinking of going this afternoon. If not, then definitely on Monday - Labor Day woo hoo!!!! I need to get moving, get a workout program in place

That's about it. This week has been uneventful and just consumed with work. Maybe I'll write more later or tomorrow.