Trying to be consistent 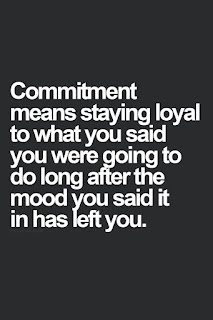 So last week was really good. Long around Wednesday, I got things in gear. Went to Crossfit 3 times. Worked on my dissertation in the mornings. And really felt great about the things I did. Then this week....nothing. I have a habit of doing things really well for a short period of time and then slacking off.

Self-attribution: the process through which people determine the antecedents and consequences of their behaviors. Heard this term on Dr. Phil and wanted to note it down. Need to work on my self-attribution.

I started this post at 8 a.m. this morning. It is now 7 pm. In between I have eaten breakfast, showered, went to the Doggie Street Festival, and had lunch with the pups in downtown Phoenix. So it is not like I just wasted the day, I kept getting distracted but planned on finishing it. I also started setting up my planner for next week, realizing that this week was basically a complete waste. As I was getting it ready and starting to think about next week, I came to a couple of conclusions and decisions. I have always been a procrastinator, but in the recent past, it has gotten out of control. I honestly think that part of it stems from living next to the as*holes. Follow this....living next to them I we were constantly on edge. Never knowing what those as*holes were going to do next and really just hating the sight of them. Seriously. Every time they came home, I could feel my anxiety ratchet up to higher and higher levels. Yes, we've been gone from them for 6 months, but I think we have a little PTSD from them. I know it sounds insane, but I really think it's true. And I'm in no way saying that what we went through is in any way comparable to soldiers in war time. However, it was traumatic for us. I remember when I left Saint Francis school. It took me a good 6 to 9 months to get over that place. It was definitely a form of PTSD from working under that horrible person. So I'm familiar with this happening. Again, not comparing my situation to a war situation, I can't even begin to imagine what that would be like. So, now that I have some distance from it, I think that is what was happening. I had so much stress from dealing with those people on a day to day basis, that I was stressed beyond belief. And so I would make progress, only to have the stress beat me down and I would lose all motivation. In many ways, I'm afraid of failure because there was absolutely no winning with those people. I also believe that knowing the causes is a huge part of the healing process. I let what people think creep into my thoughts far too often. I say that I don't care what people think of me, and generally, I don't, but sometimes......sometimes.....hey, I guess I'm human.

Having said all that, I need to change my attitude. No more whining. No more not feeling like it. No more screwing around. Those idiots are no longer here. I am in a fabulous position. I have a great job. I have a great life. I have everything I have ever wanted. I have more than most people and a life that most people would envy. And I spend far, far too much of my time doing the woe is me bit. I'm done with that. Done. The week before when I was doing so well, I felt amazing. Time to get back there. No more excuses, only action. I have things that need to get done during the day and I will do them. I have been working to streamline my grading so that I don't have tons of school work to do. That leaves me lots of time for my life. So yes, I go to bed early at night because I get up early. It all works out in the end. I will set a schedule and I will stick to it. No excuses!!! Things scare me. Lots of things scare me. But I just have to face them. I was scared to death about trying to get money out of the house. But yesterday I sucked it up and started the process. I'm not sure exactly what I'm scared of. The worst that can happen is they say no. No one is going to take my house away. No one is going to say, wait, we made a mistake, you shouldn't have a loan at all. You know, that just hit home with me. I feel like an imposter in my own life. Why is that? I feel like someone is going to come along and say, whoa, what are you doing here? You don't belong as a teacher/home owner/adult.... Crazy, I know. Does everyone feel this way? I wonder. Okay, I think that is the real bottom line here. I feel like I don't deserve these things and that someone is going to realize that and take them away. Now logically I know that is absolutely ridiculous, but it is what it is. It's kind of freeing to finally give a voice to that thought. Admitting it is half the battle right? Well, I finally have admitted it. I feel like an imposter in my own life. Not sure what can be done about that except possibly just keep going until I no longer feel that way. Wow, this blog can be extremely cathartic at times. I think that is why I have kept it so long. Even though no one reads it anymore, I don't care. I write for me, not for anyone else. I remember couching my words when I had people that actually read this. Anyway, I feel good about that. I am not an imposter. I have worked hard my whole life to get the things I have and no one is going to take them away from me. No one has done any of this for me. I have done it myself. I think this all cycles back to my habit of procrastination. When I don't procrastinate, I feel accomplished and on top of things. When I procrastinate, I feel unworthy. So don't procrastinate. Easy fix to this. And I know I can do it, I've done it before. I did it for years in Waimanalo. Wow, this post did not go where I was expecting it to go.

Alright, it is almost my bedtime. I really do feel inspired and in control. That is the ultimate bottom line. I'm a control freak and when I don't feel in control, I just don't do anything. Okay, tomorrow starts a new week. Let's use these insights to make it an amazing week.
at January 28, 2017

I read every one of your posts, btw