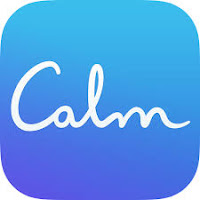 I meditate every day using the Calm app. All I do is 10 minutes of timed meditation with some soothing background noise. For the longest time, I had some mountain sounds; birds and running water; as my background sounds. But today I switched it up and had gentle ocean waves as my background noise. It's surprising how many memories it brought up. Memories of living on the beach at Kualoa. We lived there for 13 years and there are a whole lot of memories attached to that place. Big memories, like parties and days spent on the beach and in the ocean. Little memories, like the animals we had there and the good times. But what struck me so much was how we don't realize that we are making memories. I spent a lot of time hating living there, for a variety of reason, but still, it was a really good 13-year run. I did a lot of triathlon training there. I ran 2 marathons there. It was a good time. I guess as I'm getting older, I tend to look back a lot. I've had a pretty good life and have done some amazing things. I guess the sounds of the beach just brought up a whole lot of memories that I haven't thought about in quite a while. I've been very, very lucky in this life.

On to the topic of meditation. I've been doing it now, every day, for 4 months. In that time, I have only missed a couple of days. Recently I've been on a streak where I haven't missed a day in 35 days. I've tried a lot of different things in my life, but I've never seriously given meditation a try. It is life changing. When I started, my thoughts during meditation were loud and took up lots of space in my head. It was kind of easy to get rid of them because they were so big and loud. As time has gone on, the thoughts have gotten smaller and smaller. Now, I get these little thoughts in the back of my mind. In a way, these are harder to get rid of because they are small and quiet and a lot of time I don't realize they are happening until they've been there a while. But I think that is kind of like the destructive thoughts we tell ourselves. They are small and insidious and can be extremely destructive. Now that I am aware of those little worms of thought, it's much easier to combat them. This has helped me to eliminate the negative self-talk that I would engage in. I don't say things that are bad about myself now. I'm not perfect, things still slip in, but I'm better able to beat them away. Also, I'm much more aware of those automatic thoughts that come completely unbidden. On Wednesday, a couple of parents brought in cinnamon rolls and fudge for the staff. When I first looked at them, I thought 'oh, that looks good!' Because of meditation, I was immediately aware of that thought and was able to squash it with 'No, that doesn't!' I was able to logically think through that it was just an old, built in reaction, and in no way represented my real feelings. I was not hungry. I do like the way sugar and wheat make me feel. I look at how I feel now - energy, overall happiness, etc - with how I felt before and there is no comparison. I want to continue to feel this way and cinnamon buns and fudge will not add to that. But, before meditation, I would have had a battle with myself over those things. I would have said, no, you don't need it. Countered by, why, it's just one. A small piece. A little bit. When there were no apparent reasons at all for eating them. Just because someone made them, doesn't mean I have to eat them. So meditation has changed my life and I wish I had made this discovery earlier.
at December 22, 2017